PHUKET - Two tourists are missing and 45 others are injured after a speedboat crashed into a fishing trawler about five nautical miles off Yao Yai island on Sunday evening, police said. 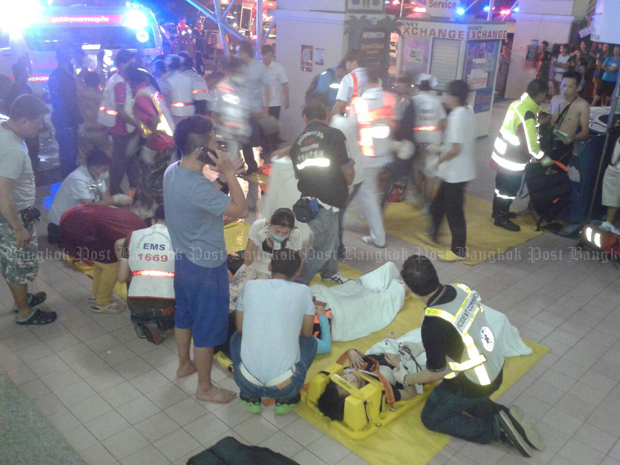 Most tourists on the speedboat are from China, he said.

A team of police and rescuers were still trying to find the two missing tourists.

Anupong Arsarat, a former administrative official on Yao Yai island, said the speedboat was likely to have been travelling at high speed despite heavy rain causing poor visibility.