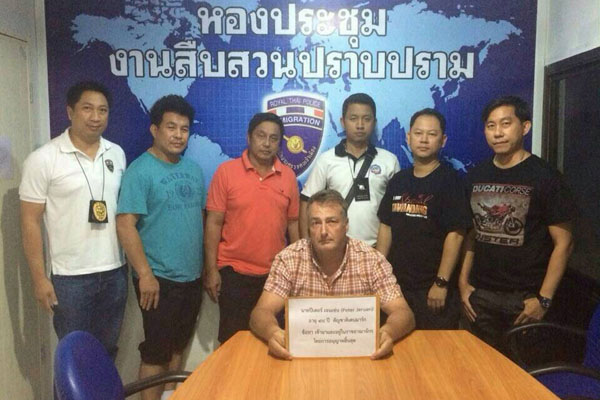 Phuket police arrested Peter Jensen, 48, a Danish national, on Thursday for overstaying his visa. He is wanted on an arrest warrant issued by a court in Denmark for alleged tax fraud. (Photo by Achadtaya Chuenniran)

Peter Jensen was apprehended at a restaurant in Pa Khlork sub-district of Thalang district, Phuket, about 12.40am on Thursday and initially charged with overstaying his visa.

He was named in an Interpol  "red notice" as being wanted in Denmark on an arrest warrant for alleged tax fraud.

Police said Mr Jensen had arrived in Thailand through Suvarnanbhumi airport on Aug 31, 2010. His visa had expired on April 24 last year. He was staying in Patong sub-district of Thalang district.