Sorayuth to be indicted for embezzlement
Thailand
General

Sorayuth to be indicted for embezzlement 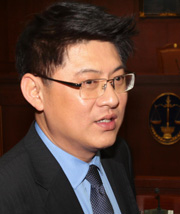 The Office of the Attorney-General (OAG) on Wednesday decided the evidence in the case substantiated the charge.

He also allegedly paid Mrs Pichapa, who was tasked with recording commercials at Mcot, to conceal the record of actual income while he and Rai Som Co were contracted to produce two programmes broadcast almost 10 years ago.

The National Anti-Corruption Commission (NACC) said in 2012 it had found evidence of wrongdoing by Mr Sorayuth and forwarded the case to the OAG.