Warrant out for 31st richest man

The Bangkok Military Court has Tuesday issued an arrest warrant for Nopporn Suppipat, one of Thailand’s 50 wealthiest people this year, for allegedly hiring two criminal suspects connected to former Central Investigation Bureau chief Pongpat Chayapan to “negotiate” down his debts. 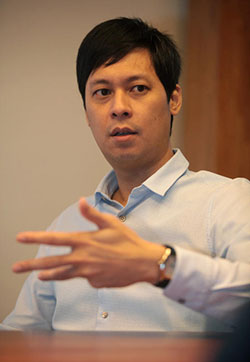 The 43-year-old executive allegedly hired Natthanan Thanawech and Chalach Phothirach to kidnap a businessman he owned money to. The two suspects turned themselves in to Metropolitan Police Division 5 officers at a house in Soi Suthipong 4 in Din Daeng district late Saturday.

The pair was among five suspects wanted on arrest warrants issued Friday for citing the monarchy to obtain benefits and money from others, illegally collecting debts, and kidnapping.

The group allegedly tried to abduct businessman and creditor Bandit Chotwitthayakul at his condominium in Bangkok's Bang Kholaem district on June 23 to force him to cut 100 million baht from the 120 million baht Mr Nopporn owned him.

A police investigation concluded that suspects allegedly would have received 10% of savings had they managed to "negotiate" down the debt, police said.

Pol Lt Gen Prawut said the businessman was contacted a few days ago, But now police have been unable to reach him and Mr Nopporn is believed to have fled the country.

Mr Nopporn was ranked 31st of the country's 50 wealthiest businessman this year by Forbes Thailand. He made his wealth from the wind-energy business his firm is worth about 25.6 billion baht.