Court probation may be extended

The Department of Probation is considering amending legislation to allow offenders given prison sentences of up to five years to be released on probation, up from three years, to ease overcrowding in prisons. 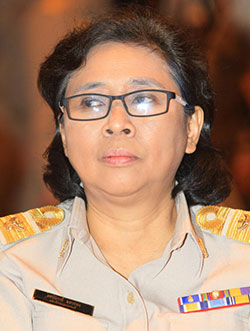 It would extend the eligibility for offenders to be given probation in lieu of jail, from prison sentences of up to three years to up to five years.

Currently, there are about 400,000 people placed on probation. They include  200,000 offenders in general cases and another 200,000 who have to undergo drug rehabilitation treatment, said Ms Kannikar.

‘’Proposed amendments of the legislation will increase the number of people put on probation, but will ease  prison overcrowding and give opportunities to those who commit  mistakes to turn a new leaf and return to society,’’ the department chief said.