CHIANG RAI — Two boys, one of them the driver, were killed when their pickup truck overturned at a curve and rammed into a tree on Saturday night as they were heading to Chiang Kong, police said.

Pol Lt Col Arkom Yanatham, a duty officer at Chiang Kong police station, said the pickup truck was travelling at high speed and the driver, who was aged 14, lost control of the vehicle at the curve.

The other boy who died was 15 years old. Five other passengers, aged between 13 and 18, were injured, two of them critically.

Pol Lt Col Arkom said the driver borrowed the vehicle from a relative. The teenagers were going to a friend's house in Chiang Kong district to attend a birthday party.

Police have summoned their relatives for questioning. 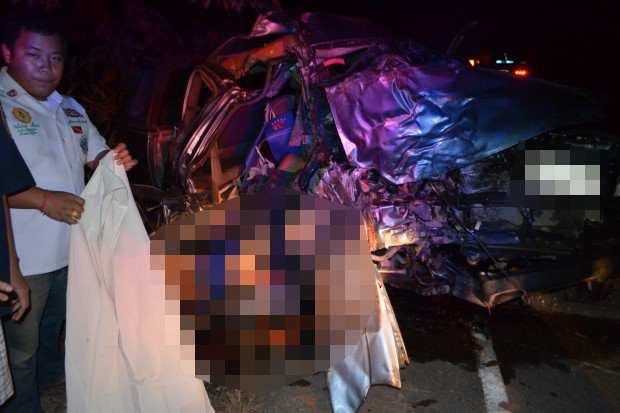