Red Line 'will be one year late'
Thailand
General

Red Line 'will be one year late'

The Red Line railway from Bang Sue in Bangkok to Rangsit in Pathum Thani will start services a year late in 2018 because of slow construction, Transport Minister Prajin Juntong has admitted. 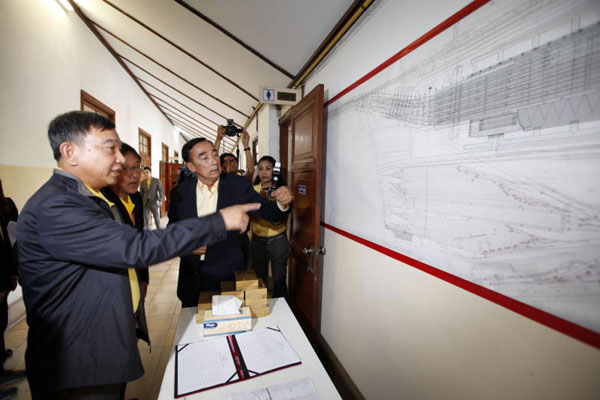 Transport Minister Prajin Juntong, left, discusses the progress of the Red Line railway project at the State Railway of Thailand headquarters in Bangkok on Friday. (Photo by Apichart Jinakul)

As well, the State Railway of Thailand (SRT) is still bargaining for a lower price for trains for the Red Line. MHSC Consortium, the prospective Japanese supplier, has quoted 49 billion baht while the median price is 29 billion baht.

SRT chairman Omsin Cheewaphruek said the SRT would try to have the price cut to the range of 30 billion baht and if it failed to do so, it would call a new round of bids.

The Red Line is designed to stretch about 26 kilometres from the Bang Sue train station to the Rangsit station north of Bangkok. Its total cost is estimated at about 60 billion baht.