The Crown Property Bureau has acted upon a request to allocate funds to Than Phuying Srirasm Suwadee, formerly princess Srirasm, as desired by His Royal Highness Crown Prince Maha Vajiralongkorn, according to Finance Minister Sommai Phasee. 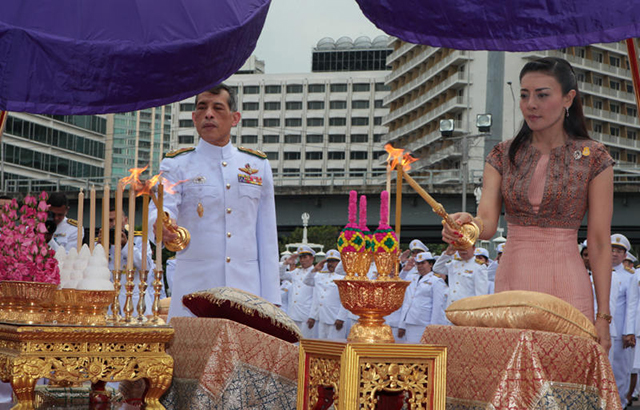 Mr Sommai, who is also the chairman of the Crown Property Bureau, said in a statement that the bureau had complied with the request from the Crown Prince for money to be provided to Than Phuying Srirasm for living expenses and to care for her family.

The statement does not mention an amount given to Than Phuying Srirasm, formerly the royal consort of Crown Prince Maha Vajiralongkorn.

According to a notice printed in the Royal Gazette Friday, His Majesty the King gave permission to Her Royal Highness Princess Srirasm to relinquish her royal status. She has since obtained her new identification card.

The press release also urged the media not to publish inappropriate news about the former royal.