Both violent insurgency-related incidents and deaths plummeted in the last quarter of 2014, with both falling about 50% or more year-on-year. 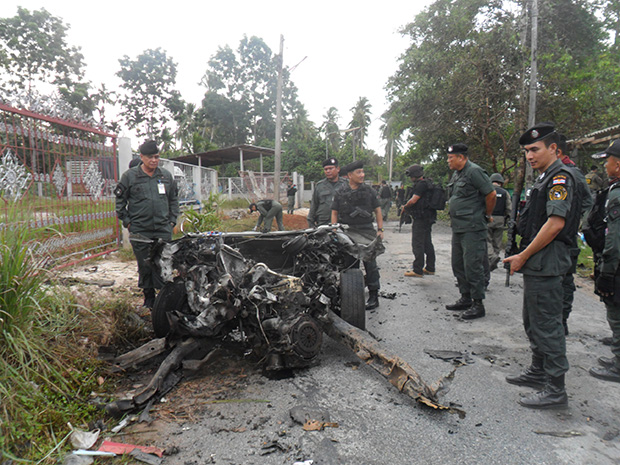 Both violent insurgency-related incidents -- such as this car bomb in Pattani -- and deaths plummeted in the last quarter of 2014, with both falling about 50% or more year-on-year. (Bangkok Post photo)

Col Pramote Prom-in, spokesman for Internal Security Operations Command Region 4 in Pattani's Yarang district, said there were 185 incidents with 83 fatalities and 97 injuries in the Far South between October and December.

Four insurgents were killed in actions taken by government forces.  Warrants were issued for the arrest of 77 suspected militants.