Trang: Forestry authorities have bowed to fishermen's demands to scrap a project to tag endangered dugongs for research, following a month-long local protest. 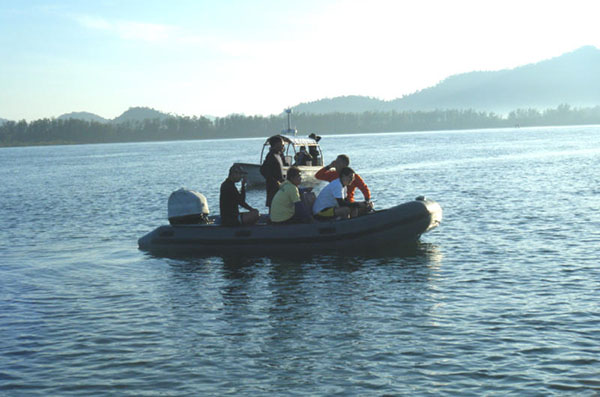 The decision was made Monday during a meeting between senior environment officials and local fishermen, who raised concerns over possible harm to dugongs after they are tagged.

The small devices make them traceable by satellite.

The fishermen, who are keen on conserving dugongs, say the study could disturb or even injure the animals.

Some dugongs have already been tagged. On Thursday, officials and fishermen will look for the the tagged dugongs off the Trang coast to remove the devices from them, said Issama-el Bensa-ard, a member of Trang's fishermen club.

They will then find new ways to conserve the dugongs, which are mainly found near Libong and Muk islands, he said.

Earlier, fishermen handed protest letters to environmental authorities, including National Resources and Environment Minister Gen Dapong Ratanasuwan, after learning about the project, initiated by the Marine and Coastal Resources Centre.

Researchers are using the technology to help them monitor dugongs' behaviour, their habitats and migration routes in a project worth nearly 2 million baht.

Reacting after the meeting, Manot Wongsureerat, chief of Hat Chao Mai National Park in Trang, said it was a pity the department has now lost a chance to obtain academic data about the dugongs, also known as sea cows.

Referring to the outcome of the saga, Monphat Wangsanuwat, chief of Trang's natural resources and environment office, said officials have to start thinking of a fresh approach to working with conservationists, who claim they were left in the dark about the project.