Locals coax elephants back into forest

The tourist route in Khao Yai National Park should be changed for visitors' own safety after a spate of elephant attacks, an expert said. 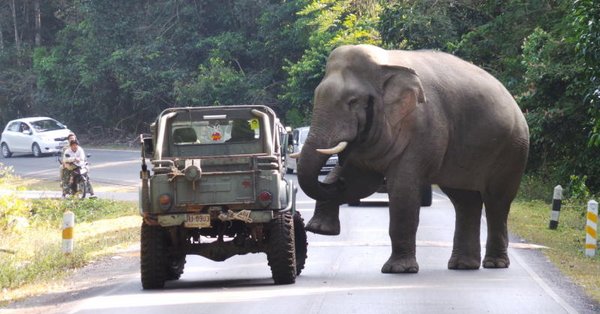 A wild elephant ambled past a car driving through Khao Yai National Park Monday - and gave it a kick on the way. It was the latest in a series of dangerous encounters between elephants and motorists in recent weeks. (Photo courtesy of Intarachai Panichakul)

Mattana Sri-krajang, from the Department of National Parks, Wildlife and Plant Conservation's Wildlife Research Division, said Monday that elephants in Khao Yai have been disturbed by the increasing number of vehicles and tourists over the past decade.

Tourists should avoid entering the park from Prachin Buri's Dan Nern Hom to the 3077 route as it is the main passage for wildlife, she added.

The sharp increase of vehicles and tourists have forced the elephants to move from their own areas, she said, adding the tourists should learn how to be guests when entering the park.

Her comments followed an attack Monday morning when a 30-year-old elephant reportedly raided the canteen kitchen opposite the park office.

Kanchit Srinoppawan, the park's chief, said it was the fourth elephant attack since the New Year's holiday.

Meanwhile, Sermpan Saliman, the chief of Chachoengsao's Khao Ang Rue Nai Wildlife Sanctuary, said confrontations between wild elephants and locals living near the eastern forest complex are likely to worsen due to droughts and food shortages in the deep forest.

Elephants were likely to mount raids into crop plantation areas in increasing numbers during the drought season as there is not enough water in the forest.

Food shortages in forests also drive them further out in search of food, he added.

He said special task forces made up of locals and officials were formed to coax elephants back into the forest.

Meetings with locals were also held to inform them about possible confrontations, and suggesting how to handle the elephants to avoid unnecessary harm to the wildlife.

"We don't want to see the elephants being poisoned or shot dead after eating the farmers' crops," he said.

Locals have encroached on elephant-occupied forests, he said.

They have built houses and grown cash crops such as maize and sugar cane which are preferred by elephants who often leave the forest searching for food. This has led to conflicts between locals and wild elephants.

A recent department survey estimated there are about 350 wild elephants in the wildlife sanctuary, up from 170 last decade.

Mr Sermpan said wild elephants in the sanctuary live in crowded conditions, which requires a solution. Birth control could be one option.

"I think the best solution is moving some of them elsewhere, which is a decision that must be taken by the department," he said.

He also cited a study showing that about 60 national parks can take new elephants into their habitats, but added it is a sensitive issue that needs further research. 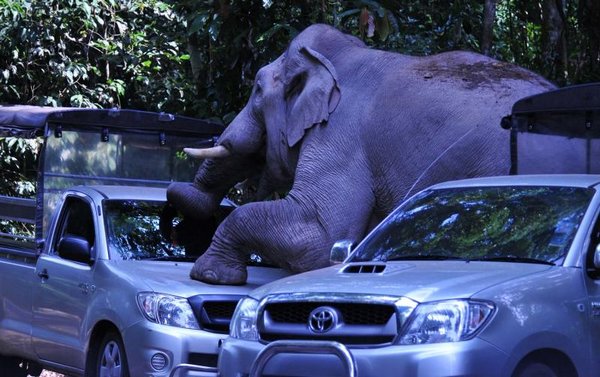 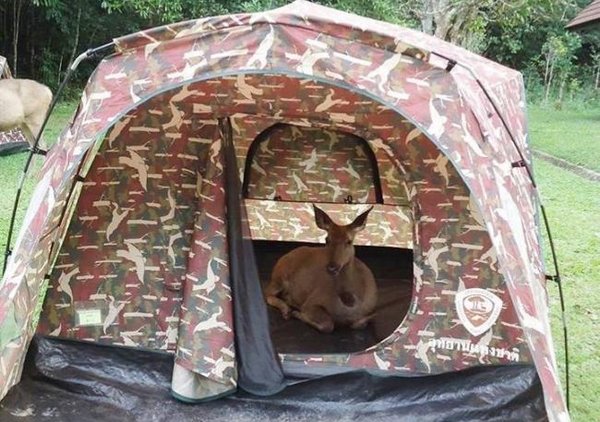 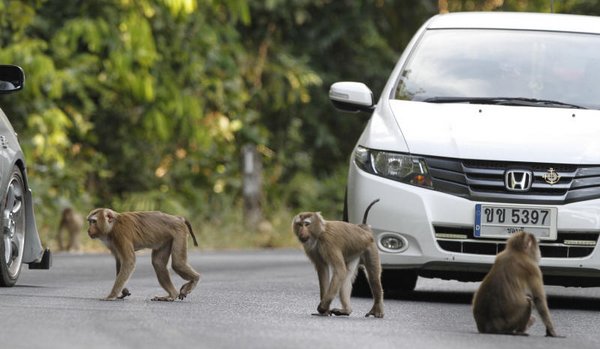