The lawyer for Mitsutoki Shigeta, a Japanese father of at least nine babies, has filed a lawsuit against the Social Development and Human Security Ministry for taking away his children, says Vichien Chaovalit, the ministry's permanent secretary.

Mr Vichien said yesterday he had just received a report from an official at the Pakkred Babies' Home which said Mr Shigeta had recently assigned his lawyer, Kong Suriyamonthon, to lodge the case with the civil court in Nonthaburi province. 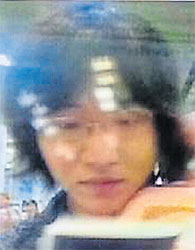 However, Mr Vichien insisted ministry officials have the right to care for the surrogate babies under the Child Protection Act 2003.

Officials are trying to establish the legality of Mr Shigeta's surrogacy arrangements.

He assured the bill will take care of surrogate mothers. However, couple's wanting to receive a surrogate baby would have to legally married, according to Thai law, before surrogacy arrangements can be permitted.

If the partner is a foreigner and the marriage is registered, how long the couple has been married will also be taken into account, he added.

Further details will be presented at the next NLA hearing, Mr Wanlop said.