Nearly 21,000 people have signed an online petition opposing the imposition of new cyber-security laws in Thailand. 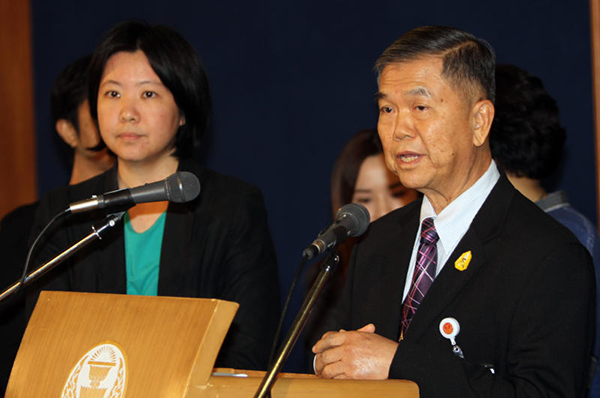 Sarinee Achavanuntakul (left), chairman of Foundation for Internet and Civic Culture, submits a petition to Chumpol Rodkhamdee, chairman of the media and information technology-reform committee of the National Reform Council on Tuesday. (Photo by Apichart Jinakul)

The names were presented to Chumpol Rodkhamdee, chairman of the media and information technology-reform committee of the National Reform Council, and Kamnoon Sidhisamarn, spokesman for the Constitution Drafting Committee.

The group urged the committee to delay issuance of the digital-security law and open it for public comment in order to ensure the new laws will not violate personal freedom.