The Supreme Administrative Court has ordered the Electricity Generating Authority of Thailand (Egat) to turn its golf course at the Mae Moh lignite power plant in Lampang back into forest land and help villagers escape the air pollution at the plant.

The court, however, did not order Egat to pay locals for the health problems they say are caused by the power plant's operations, disappointing the villagers' group which took the case.

The Supreme Administrative Court also ordered Egat to install a so-called water curtain to help cut the amount of dust particles in the air.

The water curtain must be 800 metres long and installed between the plant's soil dump sites, one in the east and the other to the west.

Egat must also set up a local working group and liaise with experts on helping villagers affected by the plant's operations move further away, within a 5-kilometre radius of the plant.

As for the golf course built on part of the mine, the court told Egat to turn the area back into a forest. The golf course must be filled in, and trees be allowed to grow on the land.

Egat must also improve its wetland by removing existing plants and growing new ones to overcome pollution in the wetland every 18 months.

Under the revamp, Egat must also make sure its soil dump sites are not upwind of nearby communities. They must also be at least 50 metres from the nearest community.

The court told the Department of Primary Industries and Mines, named as the third defendant in the case, to ensure the plant follows the mineral mine concession granted to it.

The department must make sure Egat follows the ruling within 90 days.

In the event Egat fails to do so, the department must pursue further legal action against Egat.

However, the network is disappointed the ruling does not require Egat to pay financial compensation to the affected villagers as did a ruling handed down by the lower court.

Villagers filed the case with the lower Administrative Court in 2003. The court ruled on March 4, 2009 that Egat had to pay compensation to villagers and demolish its golf course.

Egat appealed against the case and the Supreme Administrative Court has now made its ruling. 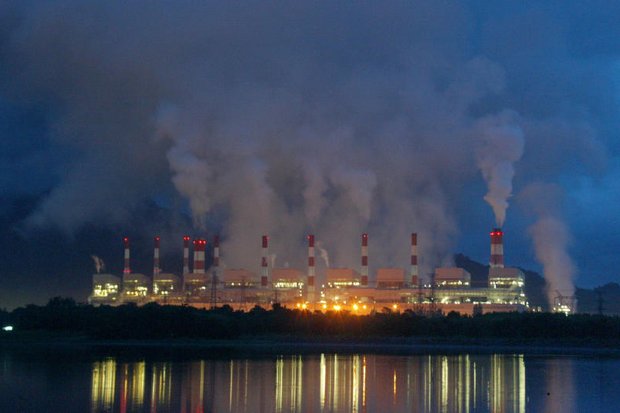 Among the nearby attractions for golfers is the Mae Moh coal plant in Lampang, the largest coal-fired power plant in Southeast Asia. (Photo by Greenpeace)