The flood in Asok Montri road after the heavy downpour in Bangkok. (Photo by Nattapol Lovakij)

A heavy downpour for more than one hour around noon Tuesday in inner Bangkok has caused floods on several roads and traffic jams.

Traffic police reported at least seven locations in Bangkok were flooded. In some areas, the water is as high as the footpath level. 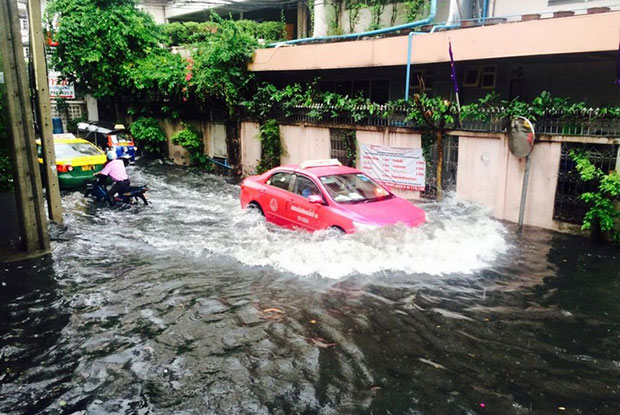 An image tweeted by Twitter user @hs3nza via @js100radio at 1.45pm Tuesday shows a deep flood in Ratchaphisek Soi 3. 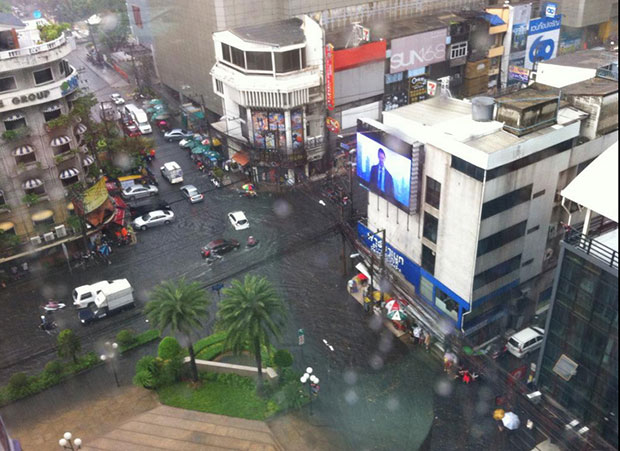 Twitter user @nuto96 tweets via @js100radio an image of Asok intersection taken from a high-rise building at around 1.15pm. 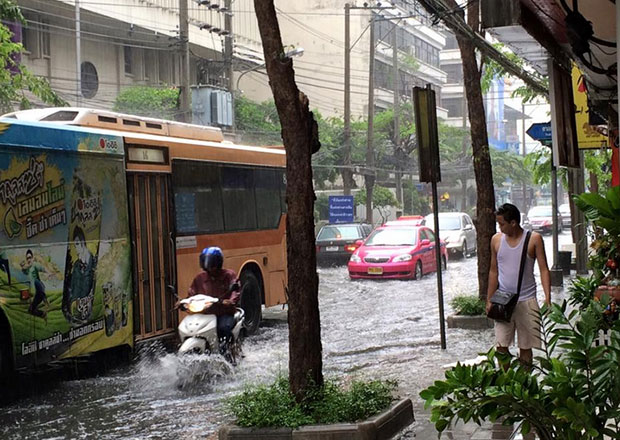 A traffic radio @fm91trafficpro tweets an image of the flood on Surawongse Road at 1.45pm.