Hours of heavy rain caused floods and traffic congestion in many areas of Bangkok and adjacent Samut Prakan and Nonthaburi provinces on Wednesday morning.

Bangkok Governor Sukhumbhand Paribatra said on his Facebook page that it rained heavily in the capital as expected and the Bangkok Metropolitan Administration was draining the flooded streets  as quickly as possible.

The Department of Disaster Prevention and Mitigation has forecast heavy rain in Bangkok and 19 other provinces in the lower Central Plain, the East, the West and the South from Wednesday to Sunday due to the strong monsoon. 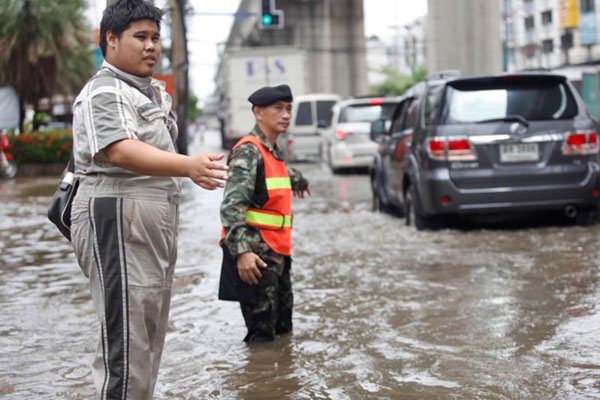 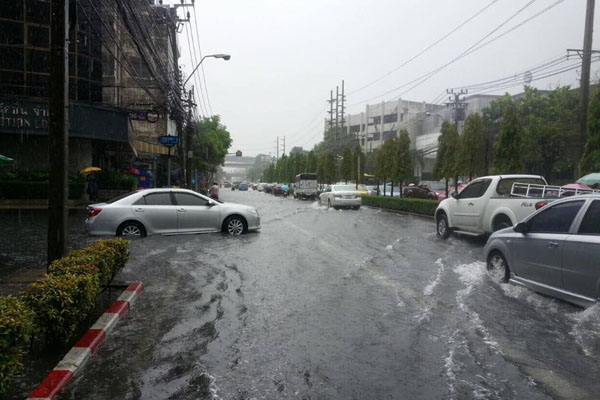