About 300 farmers blocked a border crossing in Chiang Rai Monday in protest at Myanmar's decision to demolish makeshift dams on the Mae Sai River.

The farmers in Mae Sai district said Myanmar destroyed the dams to facilitate flood drainage. But Thais complained it also stopped water from flowing into their farms. They said about 10,000 families and about 50,000 rai of farmland on the Thai side are affected.

The Mae Sai border crossing blockade started about 9am. In response, Myanmar authorities closed their border gate for security reasons.

The Public Relations Department reported that the protesting farmers came from Mae Sai and Koh Chang sub-districts of Mae Sai district after two dams at the Kamnan Daeng pier in Ban Wiang Hom village and the Muang Ngam pier in Ban Pa Sang village were dismantled.

Bilateral negotiations resulted in Myanmar agreeing to halt the demolition and the protesters dispersed after several hours. 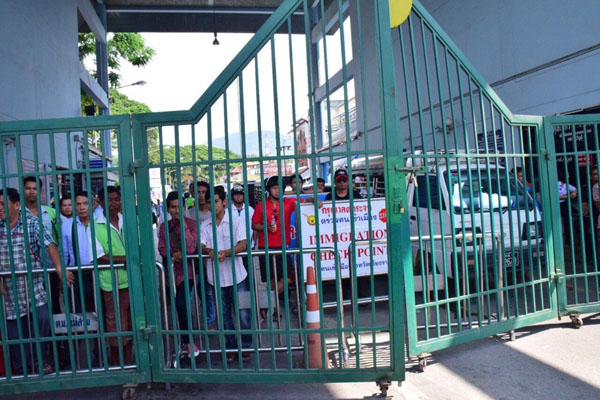 The top 50 richest people in the world have lost more than half a trillion dollars on paper this year, a stunning loss of wealth that exceeds the gross domestic product of Sweden and is greater than the market caps of all but six companies in the S&P 500.