The Criminal Court on Tuesday sentenced Tarit Pengdith, former director-general of the Department of Special Investigation (DSI), to two years in prison for unfairly demoting a subordinate three years ago.

Mr Tarit was later released on bail of 200,000 baht, with a surety, pending appeal. 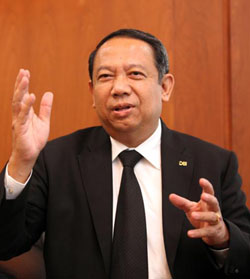 The transfer happened in late March 2012.

Col Piyawat also filed his complaint with the Merit Systems Protection Board under the Civil Service Commission. The board and the Justice Ministry later ordered his reinstatement.

The Criminal Court on Tuesday handed Mr Tarit a two-year term of imprisonment, without suspension of sentence, but later allowed bail pending an appeal.

The court acquitted Mr Charnchao for lack of evidence.