Police on Wednesday released a sketch of a man believed to have placed the bomb that went off at the Erawan Shrine in Bangkok's Ratchaprasong district on Monday evening.

Police spokesman Prawut Thavornsiri said the man in the sketch is the same person seen in video caught by closed circuit cameras at the Erawan Shrine before the deadly explosion. He was seen wearing dark framed glasses, a yellow t-shirt, baggy shorts and sweat bands on his wrists.

Pol Lt Gen Prawut said police will seek a court warrant for the suspect's arrest on charges of causing the bomb attack and homicide.

Police earlier on Wednesday announced a one million baht reward for information leading to the bomber's arrest. 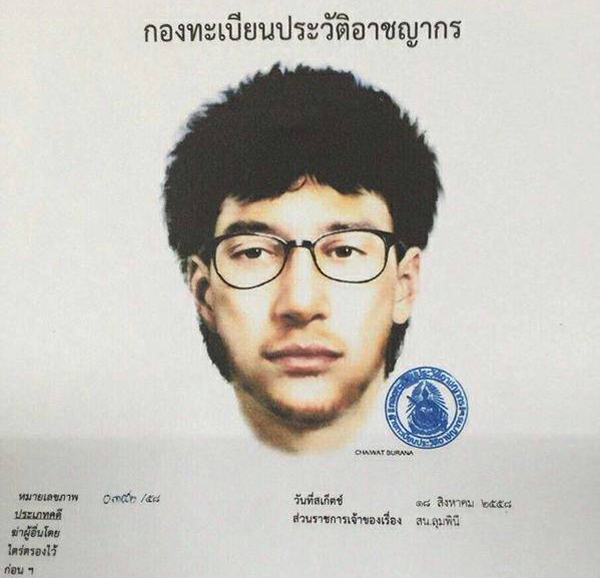 The sketch of the Erawan shrine bombing suspect released by the Royal Thai Police on Wednesday.