Somkid to take reins on economy

Prime Minister Prayut Chan-o-cha said Thursday the cabinet reshuffle was made to appease all sides and warned new ministers to live up to expectations or face criticism.

In the new line-up endorsed by His Majesty the King and published in the Royal Gazette Thursday afternoon, there are 10 newcomers including Somkid Jatusripitak to oversee economic affairs instead of MR Pridiyathorn Devakula.

MR Pridiyathorn rejected Gen Prayut's offer for him to work as an adviser to the government instead.

"First of all, no one approached me to do that job before the reshuffle. Despite being offered it now, I will not accept it as I do not agree with the divide and rule principle," MR Pridiyathorn said. 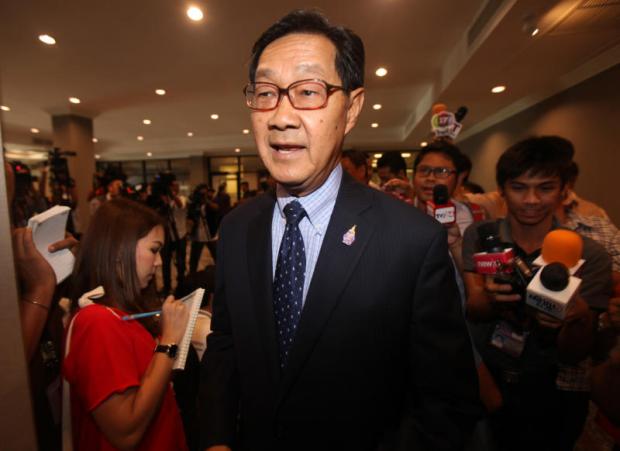 "If [the prime minister] sees that Mr Somkid is suitable to be deputy prime minister for the economy, he should allow him to work freely and give him full support. There should not be an adviser to monitor him."

The economic ministers have all been changed. Gen Prayut has switched the finance, commerce, transport, energy, agriculture and cooperatives ministers.

One notable change was Tanasak Patimapragorn losing his position as foreign minister to his previous deputy Don Pramudwinai, a former ambassador to several countries including the United States.

Two more have been added to the government bringing the total number of cabinet members to 35, including Gen Prayut.

Gen Prayut said the reshuffle aimed to pacify all sides. "I've made the changes," he said. "The new ministers must prove their worth or face criticism.

"The newcomers will have to deliver their best or people will come after them." 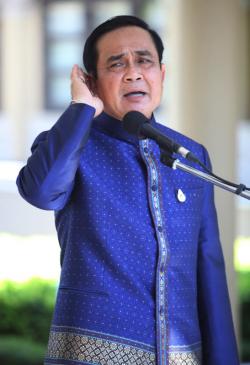 Prayut: Wants to 'appease all sides'

Gen Prayut urged the public to have trust and confidence in his cabinet. "Please have confidence in us," he said. "Nothing's too hard or too easy. To strengthen the country, we must grow and be stronger together. This is our home, our country, so let's get rid of all dangers and look after it together."

The shake-up, including the change in finance minister, is broadly in line with that predicted by the media. Many reports have since focused on MR Pridiyathorn's reactions after his ouster was confirmed.

Earlier, the prime minister said the ministers removed from office would be appointed advisers to give the government a helping hand.

MR Pridiyathorn said he knows Mr Somkid, and could phone him if he had anything to suggest so there was no need to adopt the "divide and rule" principle by appointing one to work and appointing another as an adviser to monitor things.

"I was treated in the divide and rule way, being monitored all the time. It was exhausting. I don't want Mr Somkid to feel exhausted. He should feel free when doing his job. There should not be any adviser monitoring his steps," he said.

Asked to clarify what he meant by that, the former deputy prime minister said he had "worked with inconveniences" and felt annoyed because advisers were trying to find fault with him.

"I give my full support to anyone who takes the job. If there is something not quite right, I'd give him a secret phone call to warn him. Having an adviser breathe down your neck while trying to work isn't healthy," MR Pridiyathorn said.

Mr Somkid was a member of the National Council for Peace and Order's advisory panel, chaired by Deputy Prime Minister and Defence Minister Prawit Wongsuwon, before he was appointed a deputy prime minister in the reshuffle.

Asked if he would go if the prime minister invited him to discuss, MR Pridiyathorn said: "No, I'm myself. No one can own my heart, okay?"

Gen Prayut, meanwhile, brushed aside MR Pridiyathorn's remarks that he would not accept an advisory role, saying it was up to MR Pridiyathorn to decide if wanted the job or not.

He said he had no idea if MR Pridiyathorn was angry with him and that he did not want the adviser post.

Gen Prayut said his new deputies would figure out what direction to take since they were well aware of what needed to be done. 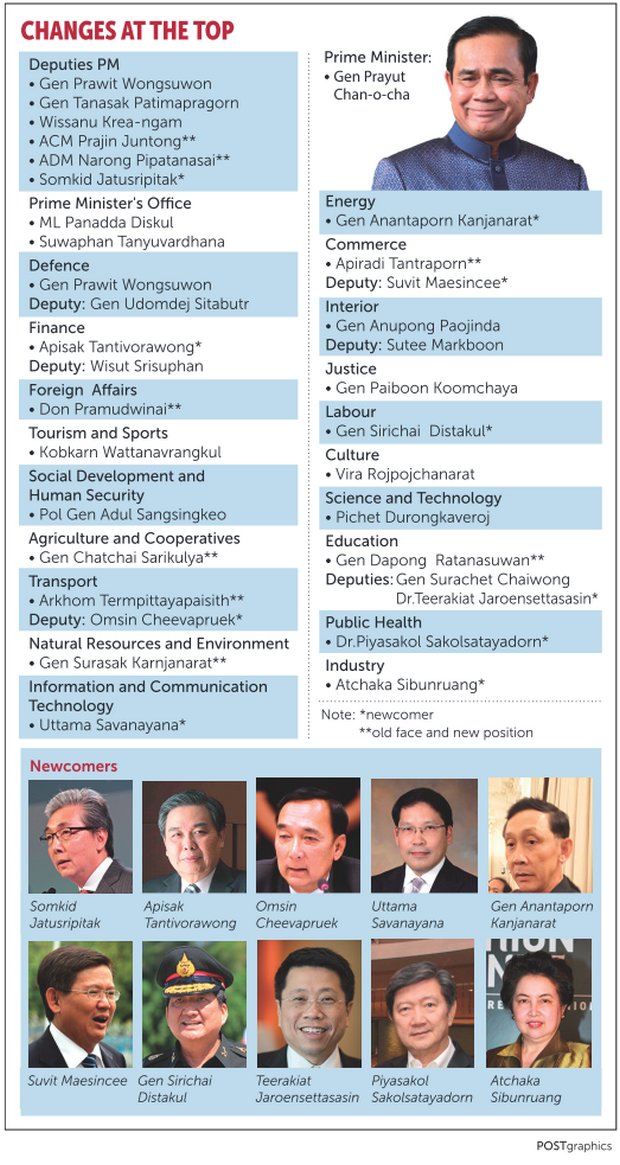 Labour networks will meet Prime Minister Prayut Chan-o-cha on March 3 to discuss ways to avert the US suspension of preferential trade privileges for Thailand under the Generalised System of Preferences (GSP).

Around 100 billion baht was raised in the 5G multiband licence auction with leading mobile operator Advanced Info Service grabbing almost half the 49 licences of three spectra put up for auction.

More than 500 importers of illegal health products have faced legal action over the past year, says the Food and Drug Administration (FDA).