British-Thai national Wyn Ellis (right) whose articles were once plagiarised, was stuck in limbo at Suvarnabhumi airport, apparently on an influential complaint he is a danger to the country. The problem dates back to a dispute between Mr Ellis and former National Innovation Agency director Supachai Lorlowhakarn. (Bangkok Post file photos)

A United Nations consultant stuck in limbo in Suvarnabhumi airport’s immigration detention centre as a result of a alleged “vendetta” against him by a National Innovation Agency official is calling on the agency to take “immediate criminal action” against the civil servant.

Wyn Ellis, a UN environmental consultant, called for charges to be filed under Section 157 of the Criminal Code in a Facebook posting shortly before he was released at 9.30pm Monday night from the centre where he had volunteered to remain since Thursday, when he arrived on a flight from Norway to find he had been "blacklisted" from entering Thailand, allegedly for being a "danger to Thai society". 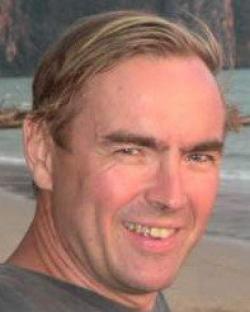 "it was entirely my choice to stay to clear the situation locally. So, I want to make it clear I was never kept locked up by the immigration department," Mr Ellis wrote on Facebook Monday evening. "This was my choice to remain so I could clear my name from the blacklist."

Shortly after, Mr Ellis, who has lived in Bangkok for 30 years and held both UK and Thai passports, was released, apparently after intervention by the British ambassador and with the help of sympathetic immigration officials.

"I was handed back my UK passport and escorted out of the airport by a retinue of very happy immigration officers in (a) celebratory mood. I am now apparently 'persona grata' once again," he wrote in another Facebook post.

Mr Ellis described his ordeal in an interview with the Bangkok Post on Monday, when he still believed he was going to be deported back to Norway. He said he flew into Bangkok last Thursday, after having lost his Thai passport.

"On showing my valid UK passport I was told I was blacklisted as a danger to Thai society," Mr Ellis, 57, said by telephone from the airport's detention room. He said the room "reeked of urine, and cockroaches [were] crawling on the wall".

Online, he softened his view of his accommodations.

"While the holding room is not endowed with lava lamps and creature comforts, it is fairly clean and the Thai food is always excellent," he wrote. "I spent most of today working in the office of an immigration official, and was brought food and real coffee."

While there, he said immigration police showed him their file with a report saying that in December, 2009 the National Innovation Agency wrote to the Immigration Bureau asking it to reconsider his visa. Mr Ellis said he was accused of stealing government property for his personal benefit, forgery, and complaining about government officials.

The issue stems from a long battle between Mr Ellis and former NIA director Supachai Lorlowhakarn, who was accused of plagiarising Mr Ellis' research for his dissertation.

OUT!!! So I am 'persona grata' again in THA. Thanks to Thai govt for removing me from the Immig Blacklist, and thanks also to all supporters

Chulalongkorn University withdrew Mr Supachai's doctorate degree in agricultural technology awarded to him in 2008, after its council concluded in 2012 that he had plagiarised 80% of his dissertation.

Though Mr Ellis was blacklisted in 2009, he said he was not aware of it as he was travelling on a Thai passport.

After he misplaced his Thai passport while on holiday and used his UK passport to enter Thailand last week, the 2009 entry ban became apparent.

"At the time the Immigration Bureau kindly obliged without question and added me to its blacklist of prohibited people without even informing me or calling me in for an interview. This was the only reason given for my blacklisting," said Mr Ellis.

In an urgent letter submitted to the Immigration Bureau on Friday and seen by the Bangkok Post, the NIA asked immigration staff to revoke the original letter submitted by Mr Supachai on Dec 1, 2009, regarding Mr Ellis' visa, as it was a "personal matter".

Mr Supachai told the Bangkok Post by telephone he could not recall if he had submitted the letter to the immigration police.

"I cannot confirm the letter exists. Even if it does exist, a staff member could have written it for me to sign, or it would have only been a general examination of Mr Ellis' status, and not a request for him to be on the blacklist. That would have been an abuse of authority," he said.

Pol Maj Gen Suwitpol Imjairat, chief of Immigration Division 2, which supervises immigration processes at Suvarnabhumi airport, confirmed Mr Ellis' detention was due to being on the "blacklist" of people who are prohibited from entering the country.

Pleased to report that I am now out of custody and back in my in my home in Bangkok Yessss!! Pls send pics.

"We told him that he can file an appeal, but since he does not wish to do so, we will have to deport him to the country he travelled from," he said.

In his Monday Facebook posting, Mr Ellis said he did not want to return back to Europe.

"I objected ... and elected instead to remain in the airport transit area for an extra few days in order to present evidence and request my name be immediately removed from the blacklist," he said.

His Thai wife submitted a petition Monday to the Immigration Bureau to remove his name from the blacklist. Mr Ellis also wrote that he asked incoming NIA director Pun-Arj Chairatana to remove it, to "no avail".

"His letter of 4 Sept stopped short of this, and merely revoked the original complaint," he wrote.

Mr. Ellis tweeted Monday night that he had been removed from the list.

The academic said he is "awaiting a grovelling official apology" or, at least "I would have expected NIA to issue a statement condemning the malfeasance and flagrantly malicious abuse of power to conduct a vendetta against a private individual that is so evident in this case."

"Finally," he concluded on Facebook, "I am calling on NIA to confirm that it will be taking immediate criminal action against the perpetrator under Article 157."