Pravit Rojanaphruk resigned from The Nation on Wednesday under pressure from some colleagues over his political opinions. (Photo via HRW)

<i>The Nation</i>'s senior journalist Pravit Rojanaphruk has quit the newspaper after being heavily criticised by a group of staff members led by well-known TV host Kanok Ratwongsakul who works for the same firm.

Pravit posted his decision to quit The Nation on his personal Facebook account Wednesday, a day after he was released from detention by the military over his comments slamming the military-installed government.

He was summoned on Sunday and kept for two days at a military camp for what it calls "attitude adjustment".

"I have decided to resign from The Nation after a meeting with management and being requested to resign in order to save the paper from enormous pressure from all sides in the aftermath of being detained by the military junta.

"I care and love the paper I have been working at for 23 years and, if by this act I can help alleviate some pressure then I will gladly do so. There's only the issue of fair compensation to be discussed and I thank The Nation for all the good and difficult times we shared and endured," Pravit wrote on Facebook. 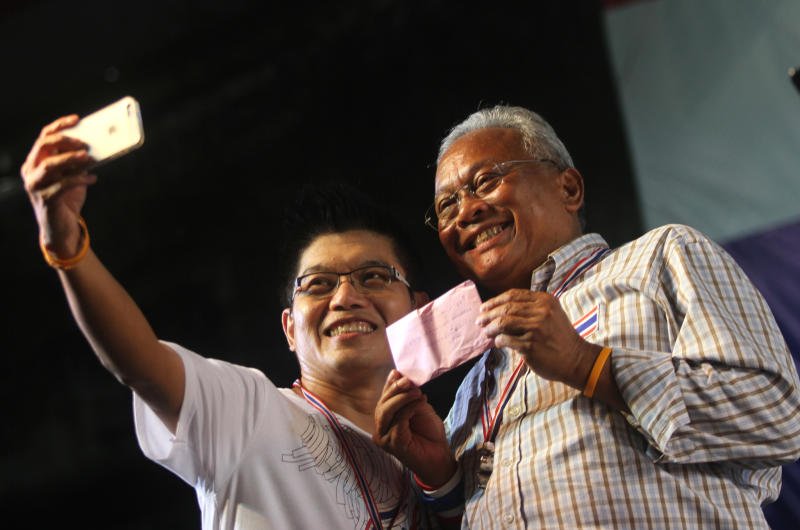 Managing editor Jintana Panyaarvudh said Pravit had told a news meeting in the late afternoon Wednesday that he wanted to resign from The Nation and would submit his resignation letter at the end of this month.

"We respected his decision. However, he did not tell us what he will do in the future," Ms Jintana said.

Kanok said earlier there was a movement by a large group of staff members at his company calling on management to distinguish between Pravit's personal opinions stated in his personal capacity on social media and his professional opinions.

"Why does the company have to always protect him in the name of media freedom?" Kanok wrote on Facebook. Kanok described Pravit as a person with cynical views whom the majority of the people at The Nation could not agree with.

"Why hasn't The Nation tried to stop him [Pravit] as he has always expressed his opinions in a way that insulted the consensus on issues among the majority of people in society, especially when he made opinions critical of the monarchy?" Kanok added.

"I wonder if the scope of media freedom is that broad?" he wrote. 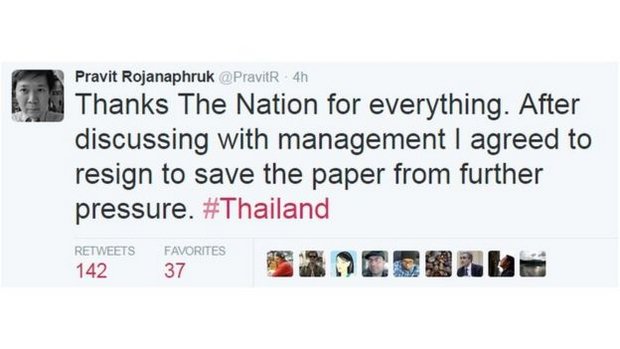 Also on Wednesday, National Council for Peace and Order (NCPO) spokesman Winthai Suvaree responded to criticism of the NCPO's detention of Pravit and a number of politicians viewed as having violated the junta's rules.

He said their detention should not be exploited as a way to level the criticism that freedom of expression was being violated by the NCPO.

"We're confident the majority of society still have freedom in every way and they are not being affected by the NCPO's rules imposed to protect people and organisations from being insulted," he said.

Learning from past conflicts in society, one should never forget they were the consequences of extreme opinions that were expressed freely and without thinking about their adverse effects, he said.