The retention areas have emerged as a key measure to relieve water scarcity now that a controversial Royal Irrigation Department (RID) plan to divert water from the Mekong and Salawin rivers looks set to be scrapped, government spokesman Sansern Kaewkamnerd said Wednesday.

Gen Prayut and ministers who met to find ways of solving the country's water problems admitted it is almost impossible to implement the RID plan because parts of the rivers are in neighbouring countries -- Myanmar and Laos.

The Salawin River borders Thailand and Myanmar in the west while the Mekong forms a natural line between Thailand and Laos in the east.

Maj Gen Sansern said the best way forward is to look at local rivers running into the Salawin and the Mekong and to try to store water inside the country's boundaries.

More kaem ling and weirs need to be built to retain water in these rivers, which would help keep the water in the country as long as possible, Maj Gen Sansern quoted those at the meeting as saying.

Literally meaning monkey cheek, kaem ling were initiated by His Majesty the King as a way of storing or draining water by using large tracts of land -- natural, or man-made -- as ponds.

Agriculture and Co-operatives Minister Gen Chatchai Sarikulya told the meeting 30 places in five northeastern provinces can be developed into kaem ling, to store water for villagers.

The reservoir areas could be built in Nakhon Phanom, Bung Kan, Loei, Mukdahan and Nong Khai provinces, all of which are situated near the Mekong River.

Rivers that run through these provinces are in Thailand so "we don't need to ask permission from other countries," to build kaem ling near them, Maj Gen Sansern said.

"But they should not be built in a way that causes problems to other countries," he added.

The information presented at Wednesday's meeting was about water stocks in major reservoirs.

The prime minister told the meeting that detailed studies are needed to come up with long-term plans to deal with floods and drought, the spokesman said.

The premier also asked authorities to come up with ideas to help farmers affected by state water initiatives.

If farmers are told to change to a different crop, officials have to take into account the impacts that may result and think of ways to solve them, Maj Gen Sansern quoted Gen Prayut as saying.

The prime minister gave officials two weeks to come up with "rescue packages". "I think they can ready the measures in time," said Maj Gen Sansern. Officials have the details they need about the problems and should not have to spend a long time sorting them out, he said.

Below: Photos of the Pattaya deluge via Post Today. 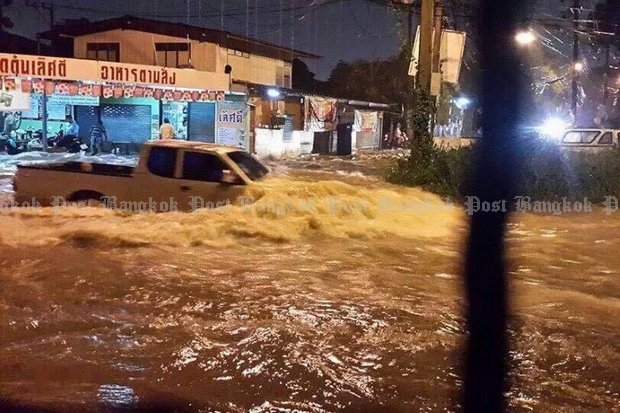 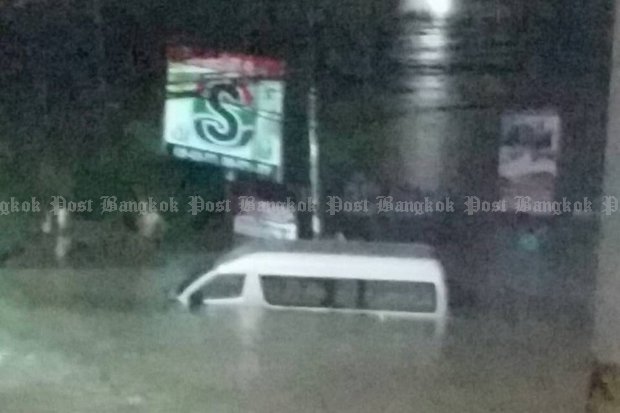 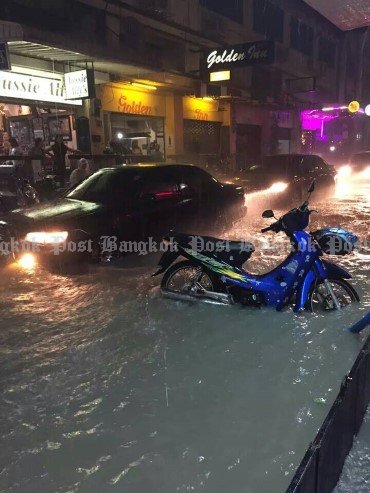 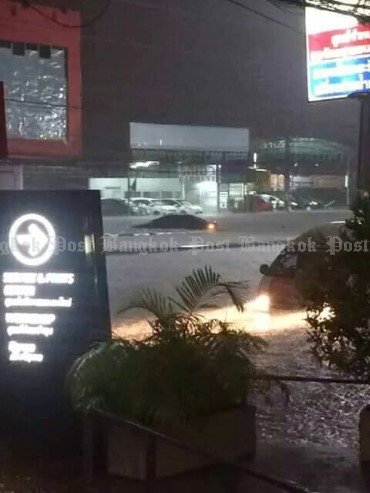 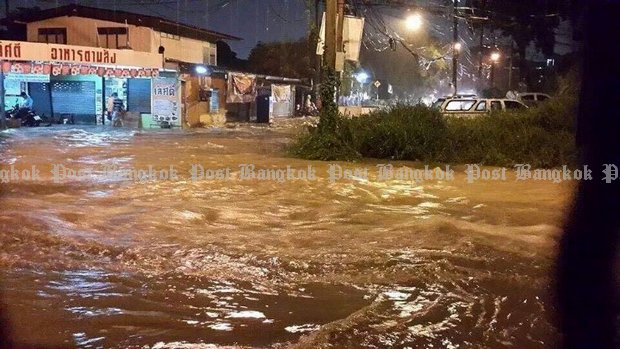