Jack Keen gives a thumb down to Emerald Pool, Krabi, after the gatekeeper told him to pay the 'farang' price. Photo credit: Facebook user Grittapohn Chattreesagoon

A gatekeeper at a popular tourist destination in Krabi charged a Thai permanent resident 200 baht for a 20-baht entry ticket because he looks like a foreigner, or farang in Thai.

It is widely known that tourism-related businesses set different prices for locals and foreigners.

According to Facebook user Grittapohn Chattreesagoon, he and two of his friends, all from Phuket, went to visit Emerald Pool (Sa Morakot), an archaeological site in Krabi, last weekend. The gatekeeper charged his friends 20-baht each. The Facebook user, who was born in the United States but raised in Phuket, was told to pay 200 baht.

"My friends told the staffer that I'm from Phuket, but he insisted that I must pay 200 baht because I look like a farang. That was when we decided to leave the place immediately," the American-born Thai, whose real name is Jack Keen, wrote on his Facebook page.

A different staffer at the parking lot later approached the three people and asked them why they were leaving so soon. After they explained, the employee told them that Emerald Pool recently installed a new management team which performed poorly. The staffer then apologised on behalf of Emerald Pool.

"I am a Phuket resident. I can read Thai clearly but have to experience this. It's like racism. Please share my experience so local officials and the management team will know about it," Grittaphon wrote. (continued below) 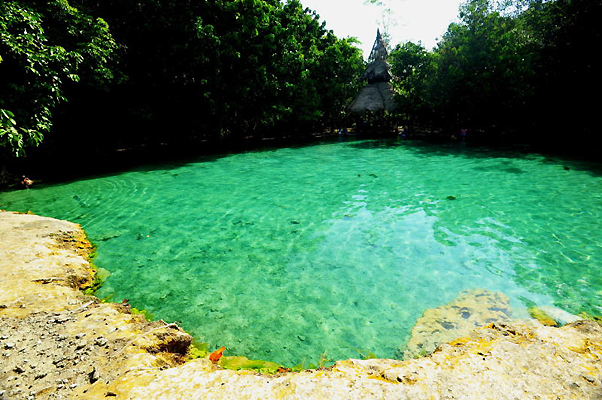 After the report spread online, Vutthipong Chusangrach, chief of the Khaopra Bangkhram Wildlife Sanctuary, Krabi, said the gatekeeper had to charge him 200 baht despite his argument that he was Thai because he "refused to show his identification card but showed his driver's licence instead".

"Although he has been living in Thailand for a long time, he is not a Thai national. We have to charge him the foreigners’ rate - no exceptions. The gatekeeper was just following regulations and was not being avaricious," Mr Vutthipong explained.