A fireball highlights the destruction of two Thai fishing trawlers by the Indonesian Navy on Tuesday. (AP photo)

Photos from Indonesia Wednesday show the Indonesian navy blowing up fishing boats it seized from Thailand and Vietnam.

According to the Associated Press news agency and EPA photo journalists, the Indonesians ordered the boats destroyed after they were seized for illegal fishing.

The crews were taken off the boats, which were seized during the past year. Most have been anchored off Batam, in the Aceh Sea

According to the AP, Indonesian media reported that the Indonesian Navy is following government orders designed to stop illegal fishing in its territorial waters.

The destruction took place off Batam Island on Tuesday. The agency said "several foreign fishing boats" were destroyed, but gave no further details or identification of the boats involved. 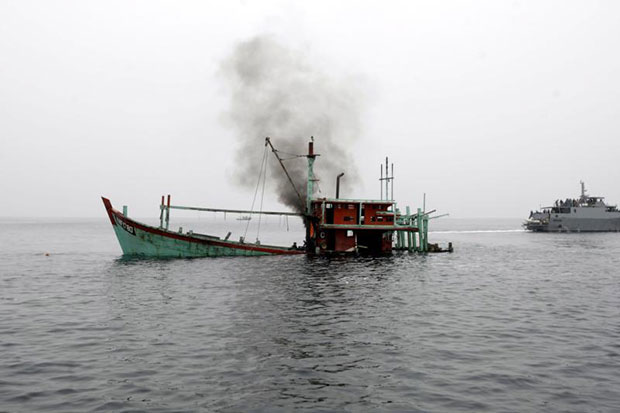