US to audit air safety standards

The US Federal Aviation Administration will begin a three-day audit of safety standards next Monday, a "make-or-break" test for Thai aviation. (Bangkok Post file photo)

Aviation authorities are gearing up for a make-or-break re-audit by the US Federal Aviation Administration (FAA) scheduled to take place next week.

On Wednesday, Air force chief ACM Tritos Sonjaeng, in his capacity as head of the command centre to address civil aviation problems, met officials in the sector, including the Office of Civil Aviation (OCA) to make sure they are ready for the inspection.

The US aviation regulator will conduct a three-day examination of Thai aviation safety standards on Oct 26-28, just over two months after its last audit in July in which the FAA found faults in the country's air safety standards.

Following the inspection, it gave Thailand 65 days to address the problems to avoid a potential flight ban to the US for Thai-registered carriers. 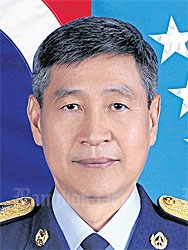 Tritos: Gears up for latest checks

ACM Monthon Satchukorn, the command centre's spokesman, said the OCA has given assurances it has fixed the flaws identified by the FAA in the previous audit and is ready for next week's inspection.

Among the flaws identified in the last FAA audit were a shortage of qualified staff to carry out airline air safety inspections -- a concern which was also raised by the International Civil Aviation Organisation (ICAO).

But if the country passes the FAA audit, there is a good chance it will pass an inspection by the European Aviation Safety Agency scheduled to take place next month, he said.

ACM Tritos has told the OCA to inform the command centre if it needs any assistance ahead of the FAA visit, ACM Monthon said.

The command centre was set up last month under Section 44 of the interim charter by Prime Minister Prayut Chan-o-cha to help save the aviation industry. The OCA was also formed recently to act as a regulator in line with an ICAO suggestion to seperate the civil aviation regulator from the airport operator.