A small fire broke out at Terminal 21 shopping complex on Sukhumvit Soi 21 in Bangkok shortly before noon on Tuesday. It was quickly put out, causing minimal damage and no injuries.

The fire occurred at Piri Piri Flaming Chicken restaurant on the fourth floor of the 7-storey building.

An exhaust hood reportedly caught fire, which spread to others. Smoke also filled the fourth and fifth floors, causing the mall's security staff to evacuate people.

They managed to extinguish the flames before fire engines reached the building.

Terminal 21 announced later on its Facebook it would resume operation at 5pm. 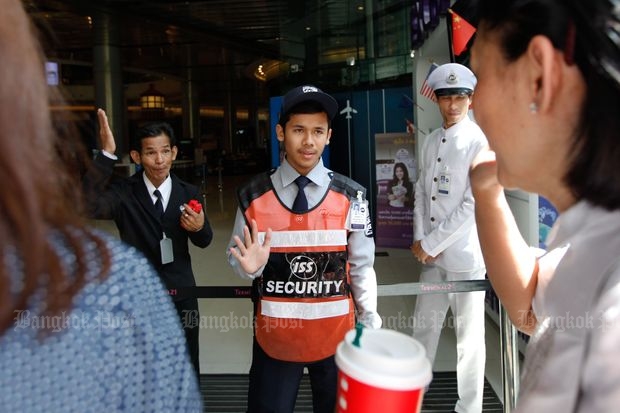 A mall security staff member gestures after the mall closed for a cleanup after the fire. (Photo by Jiraporn Kuhakan) 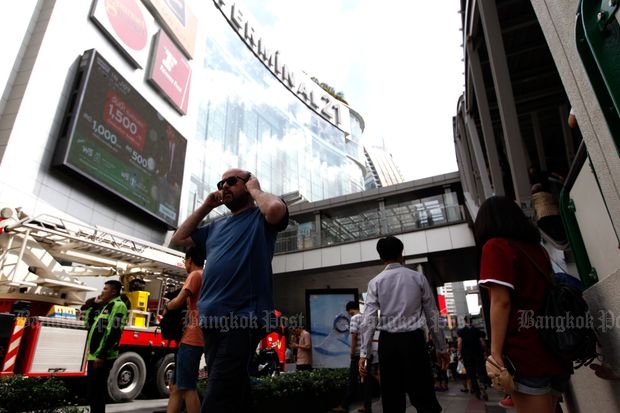 A fire engine arrives but the mall's security staff managed to put out the fire earlier. (Photo by Jiraporn Kuhakan)

Narumon Pinyosinwat has resigned from the job of government spokeswoman, further fuelling speculation she will be appointed deputy labour minister in the new cabinet line-up.

A seven-member panel of prosecutors set up to investigate the dismissal of charges against Red Bull scion Vorayuth Yoovidhya in an alleged hit-and-run case in 2012 is set to reveal its findings on Tuesday, Office of the Attorney General deputy spokesman Prayuth Phetkhun said on Monday.