A woman appeared in military court Tuesday charged with sedition for allegedly sharing Facebook posts accusing the military of graft in building a multi-million dollar memorial to the monarchy. 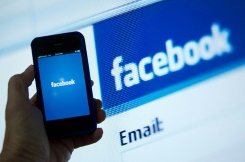 Juthathip Verochanakorn, 61, was charged under Section 116 of the Criminal Code -- the equivalent of sedition -- as well as under the country's wide-ranging Computer Crimes Act.

She faces a maximum of seven years in jail if convicted.

Police said Ms Juthathip shared posts about Rajabhakti Park, an army-built tribute to Thailand's monarchy that has been engulfed in corruption allegations.

"She reposted the messages from friends," he said, adding she has apologised for the posts.

Army generals seized power last year partially justifying their takeover as a necessary move to curb endemic corruption among the kingdom's civilian politicians and protect the royal family. But the park scandal has undermined those anti-corruption pledges.

The project was overseen by Gen Udomdej Sitabutr, a former army chief and the junta's deputy defence minister, who is facing pressure to step down.

But it has been dogged by allegations that backhanders were demanded for various construction contracts.

The government, including Prime Minister General Prayut Chan-o-cha, has insisted there was no graft, but the accusations have still swirled, transfixing a country where dissent has become rare.

On Tuesday the embattled Gen Udomdej told reporters he "never thought of making a benefit" from the scheme. He said the probe into the finances of the project will prove the army is free of guilt.

On Monday two opposition leaders were detained by soldiers as they tried to visit a public park in the seaside resort town of Hua Hin. They were later released.