Crystal methamphetamine is found in tea packages abandoned by fleeing drug traffickers in front of a store in Mae Sai district of Chiang Rai on Friday evening. (Photo by Chinpat Chaimon)

A team of border patrol police set up surveillance near the Mae Sai branch of Tesco Lotus in tambon Wiang Pangkham on Friday after receiving information that a large quantity of illicit drugs would be delivered in the area.

At around 5pm, the officers spotted a white car with a Myanmar licence plate arriving in front of the store. Shortly later, a black Toyota pickup truck arrived and stopped nearby. 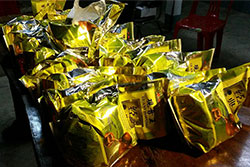 Two men got out of the car and were seen carrying two fertiliser bags toward the waiting pickup, prompting police to emerge from their hideout and demand to conduct a search.

Upon seeing the officers, the two men quickly ran to their car, leaving the two sacks on the ground. The pickup truck also sped away. A police chase failed to stop the two vehicles.

Authorities found the fertiliser sacks contained 20 tea packages, each of which contained one kilogramme of cristal methamphetamine or "ya ice".

The seized drugs were handed over to the Mae Sai police station and the investigation was continuing. 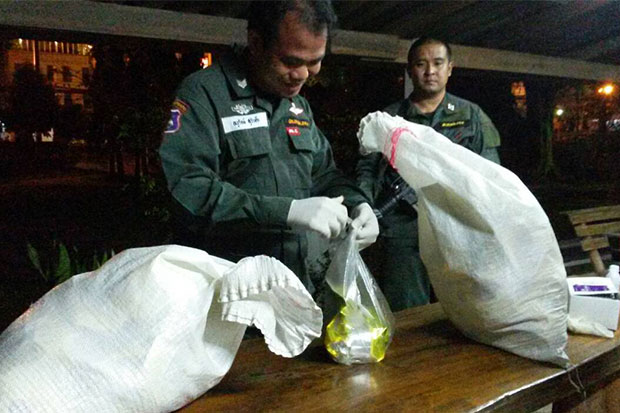