Chinese ambassador to Thailand Ning Fukui gave 99 bicycles to the government Tuesday for the "Bike for Dad" event this Friday.

Along with the bicycles, the ambassador also delivered his best wishes for His Majesty the King for his 88th birthday.

Prime Minister Prayut Chan-o-cha thanked the Chinese ambassador for the bicycles and affirmed the closeness of ties between the nations, saying this year marked the 40th anniversary of the start of diplomatic relations.

Gen Prayut said the government would next present the bicycles to His Royal Highness Crown Prince Maha Vajiralongkorn.

Meanwhile, the secretary-general of Thai Frozen Foods Association, Arthon Phromphatthanaphak, said he was asking for cooperation from members to allow employees to take an extra day off on Friday. 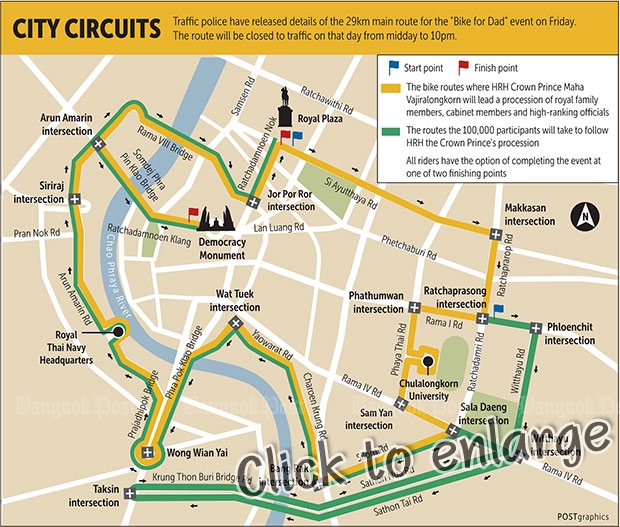 Mr Arthon said this was a response to a call by Department of Labour Protection and Welfare for private companies to help promote tourism during the long weekend and support their employees in taking part in the Bike for Dad event.

And although a massive number of workers are expected to take Friday off, Mr Arthorn said the frozen food-making sector will not be disrupted as measures already in place for the year-end holidays will be implemented to ensure that operations are not affected.

The Secretariat of the Cabinet said the cabinet has failed to reach any agreement to declare Friday as an extra public holiday.

It left the message on the Facebook page of its information centre.

The BTS skytrain operator announced that free rides will be offered on both the skytrain and the BRT bus rapid transit system from 6am until midnight on Friday as part of the bike ride activity.

Government spokesman Sansern Kaewkamnerd said the Expressway Authority of Thailand and Bangkok Expressway Plc will waive toll fees at 11 entrances from 9am until 11pm on Friday. 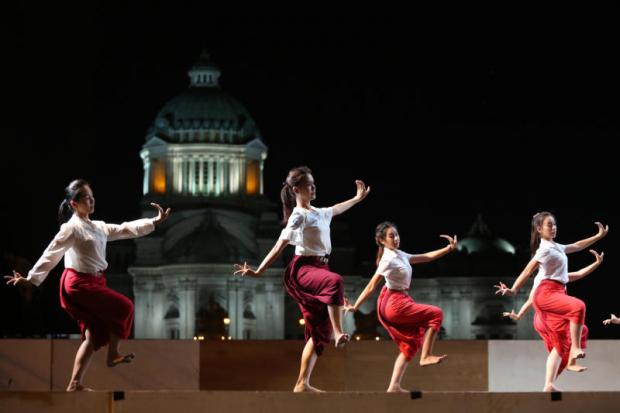 Dancers practice Khon, a classical Thai dance genre, which will be performed at the Royal Plaza on Friday as a part of the Bike for Dad event. (Photo by Pattanapong Hirunard)