Tar balls have washed up along several kilometres of the coast in Nakhon Si Thammarat province, along with dead turtles and a dolphin.

Villagers complained about the pollution in Hua Sai district of the southern province on Friday. Tar balls had started to reach the coast on Thursday evening. They were sticky and gave off an unpleasant smell.

Oil slicks had washed ashore in the area previously, but this was the most severe yet, they said. No environment or pollution department officials had shown up and no action had been taken to find the source of the tar balls.

Villagers said they saw many dead turtles among the tar balls and a dead dolphin was found on the beach in Koh Phet sub-district.

The pollution stretched along the coastline Koh Phet to neighbouring Songkhla province. 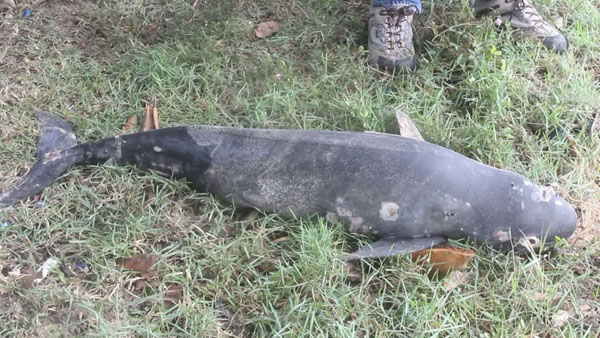