So-called "sin taxes" should be raised with the money spent on helping fund the government's universal coverage (UC) healthcare scheme, an expert says.

Prakit Vathesatogkit, chairman of a panel on non-communicable disease control set up in a venture between the government and the World Health Organisation (WHO), made the proposal yesterday.

A 10% increase in tobacco tax will lead to a 4% drop in cigarette smoking among the population, according to Dr Prakit, while also easing the government's financial burden in running the healthcare scheme. Smokers, particularly those in the lower income bracket, will be deterred by the more expensive cigarettes and some could end up quitting the habit altogether, he said. 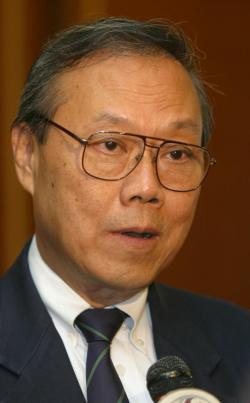 Aside from trying to find more sources of funding for its healthcare scheme, the government should also pay more attention to controlling unhealthy products, especially tobacco and alcohol, that are considered among the six top causes of health problems facing Thais, he said.

The UC health scheme itself follows a principle which says that preventing sickness and promoting good health takes precedence over medical treatment, he said. The government has recently aired concerns about its cost.

Cigarette smoking causes sickness and death from cancer as well as heart disease and emphysema which are expensive to treat, he said, adding many patients require lengthy treatment which still fails to save their lives. Each year, more than 50,000 people die from chronic diseases associated with tobacco use, while more than one million on average receive treatments for these diseases, he said.