Well-wishers flock to Siriraj as King leaves for palace visit

Well-wishers hold a photograph of King Bhumibol Adulyadej as they wait for the King's departure at Siriraj Hospital in Bangkok Jan 11. (EPA photo)

His Majesty the King left his 16th-floor residence at Siriraj Hospital on Monday to make a short visit to the Chitralada Palace, his first trip in more than four months.

The 88-year-old King left the Chalerm Phra Kiat building at Siriraj at 1.11pm and took a short car ride to see the landscape conditions at his Bangkok palace.

Upon arrival, His Majesty looked out over a pond in front of Dusidalai Hall. He then visited his royal projects in the compound including a rice mill.

The King then went to see a helicopter parking lawn and passed Chitralada Villa. He returned to Siriraj at 2.47pm.

Hundreds of people lined the streets around the hospital as His Majesty left in a van wearing a Hawaiian-style shirt, according to a Reuters reporter at the scene. Some shouted 'Long live the King'.

"This is the best opportunity in my life to see him," said 49-year-old Nuananong Sripai. "I hope he will get better soon." 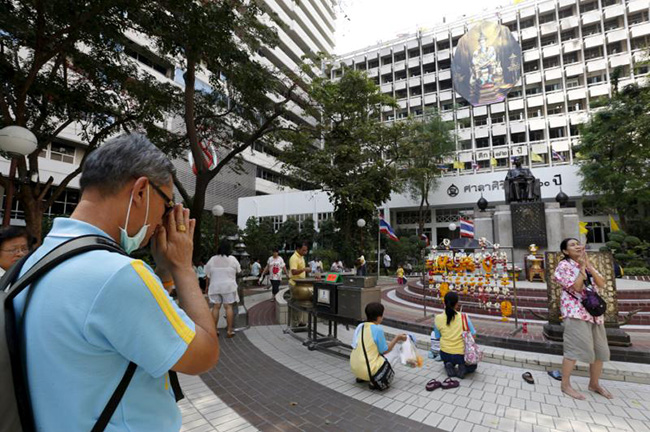 People pray outside Siriraj Hospital in Bangkok Jan 11 for the well-being of HM King Bhumibol Adulyadej, who left the hospital on Monday to visit the Chitralada Palace, his first such outing since he was admitted last year. (Reuters photo) 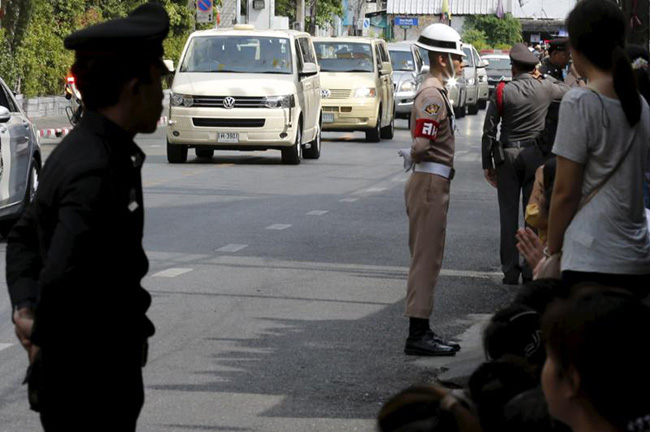 A caravan with HM King Bhumibol Adulyadej leaves Siriraj Hospital in Bangkok on Monday for the Chitralada Palace. (Reuters photo) 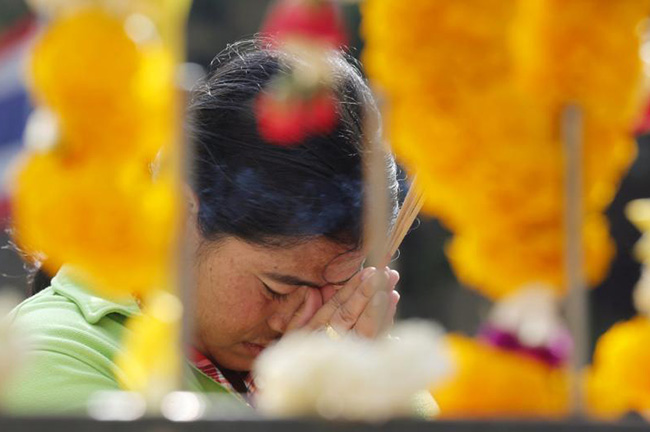