From the revamped home page of the Immigration Bureau at www.immigration.go.th.

Authorities will deport a Russian national who was arrested over the weekend following a gun attack at a resort on Koh Phangan if he is found guilty of breaking Thai laws.

Sergei Milentie, 31, was apprehended on Saturday in connection with the pre-dawn attack at the Palita Lodge Bungalow which caused panic but no casualties.

Pol Maj Gen Surachet Hakpan, commander of the Tourism Police Division, said foreigners found to have violated the laws will not be allowed to stay. The Russian suspect faces deportation if he is proved guilty.

The Russian is one of the first to feel the effects of new policies currently being adopted by the Immigration Bureau. 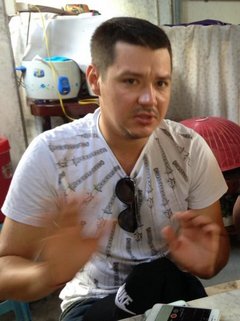 They include the catchy slogan featured on the bureau's new web page at immigration.go.th: "Good guys in, Bad guys out".

Immigration police announced Monday the opening of a centralised mechanism to oversee and control the entry and exit of foreigners.

An advance passenger processing system installed at the centre will allow officers to know personal details of visitors before they arrive, with more than 50 airlines cooperating.

"In the past, Thai police didn't have an official command operation centre like this to oversee the travel of foreigners, Pol Gen Wuthi Lipthapallop, deputy commissioner-general of the Royal Thai Police, told reporters.

"But from now on, commanders can quickly and concisely see every movement in each airport, port and border checkpoint nationwide,"

"This centre will be able to entirely control the foreigners in order to let the good guys in and keep the bad guys out," Pol Gen Wuthi said.

That has become the Immigration Bureau's new slogan and can be seen on its revamped web page launched at the New Year: Good guys in, Bad guys out.

The new centre opens after the deadly bomb attack at the Erawan shrine killed 20 people and injured more than 100 last August. The blast prompted Prime Minister Prayut Chan-o-cha to order a reform of the country's security and border control systems.

Mr Milentie's arrest also underlined concerns by Deputy Prime Minister Prawit Wongsuwon who has instructed local authorities in Surat Thani to stamp out foreign mafia groups on the resort islands of Koh Phangan and Koh Samui in the wake of the attack.

Gen Prawit is concerned about influential figures who have frightened tourists and hurt the tourism industry, especially foreign business operators. "Be they foreigners or Thais, authorities will make a concerted effort to stamp out mafia groups," said Pol Maj Gen Surachet.

Mr Milentie appeared at a police press conference Monday, where he was told through an interpreter that his alleged offence could result in his deportation.

The Russian suspect denied being a member of any mafia groups and said he had nothing to do with the shooting.

He faces initial charges of violating the immigration law and the night entertainment business law.

His arrest followed those of three Thai nationals including 54-year-old Chanin Petchsri, mayor of Tha Khanom municipality in Surat Thani's Khiri Ratthanikhom district. The two others are Sihanath Chaipinij, 62, and Jarong Hongthong, 38, while a fourth suspect, Jirat Khwatkaeo, 38, is still on the run.

The court on Monday denied bail to the three Thai suspects out of concern they would interfere with the police probe.

Mr Chanin is accused of hiring two men to open fire on Palita Lodge, a resort next door to Chang Phuek Bungalows and Similan Bar, the property he owns on Koh Phangan's Hat Rin beach.

He leased the bar to the Russian businessman.

Meanwhile, Surat Thani police chief Maj Gen Apichart Bunsriroj has told officials to scrutinise all foreign nationals doing business in tourist areas and draw up a list of Thai nationals partnering with them.

The database will be used in the campaign against both Thai and foreign mafia groups. 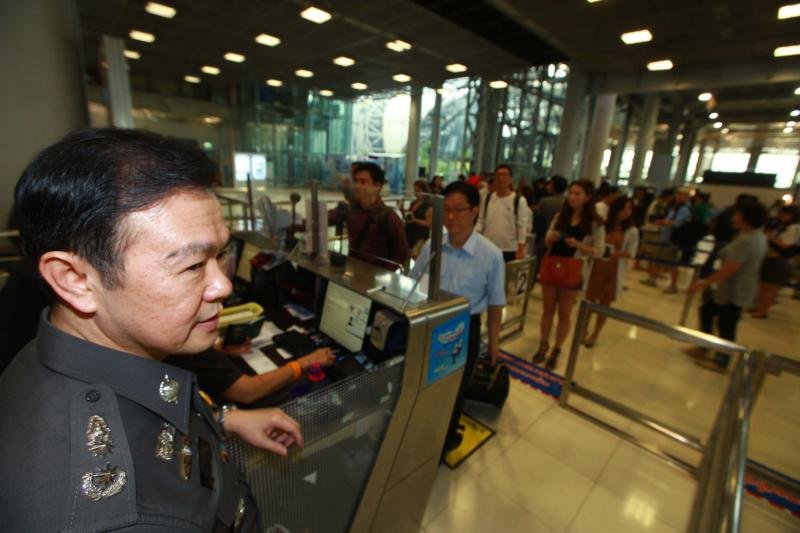