Fire rages through the top floors of a high-rise in Yannawa area, near Sathorn, in Bangkok late Friday morning.(Photos by Pawat Laupaisarntaksin)

One person was killed and six injured when fire raged through a 10-storey building in Bangkok’s Yannawa district on Friday.

The blaze broke out around 10.30am on the eighth floor of the tower on Soi Narathiwat Ratchanakharin 18 and spread quickly to upper storeys as firemen rushed to the scene near the Chan intersection, police said.

The fire was contained at around 1pm, with cracks visible on the structure. It has been declared a danger zone in fear of collapse due to fire damage and water innundation.

The building is the residence of the family and relatives of Vikrom Aisiri, a former Democrat MP and owner of Phuket Air.  A nearby kindergaten also was evacuated.

Six fire trucks and two ladder trucks were sent to the scene. Once the blaze was out, one person was confirmed dead and five hurt, according to the Bangkok Metropolitan Administration's Erawan Centre. 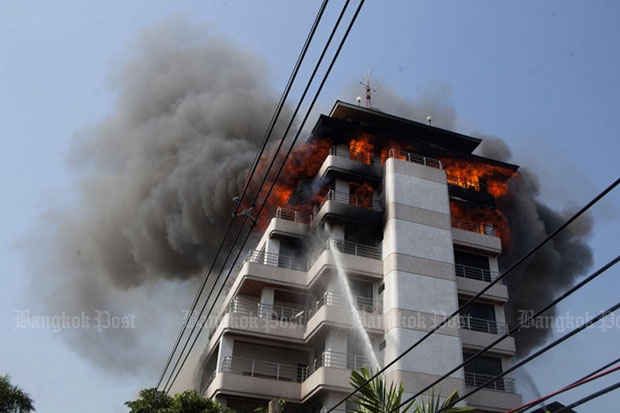 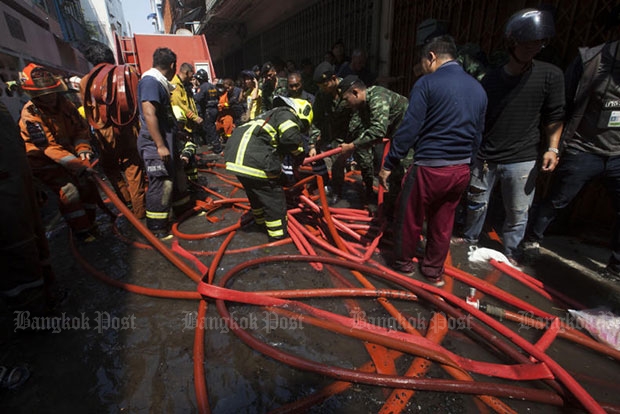 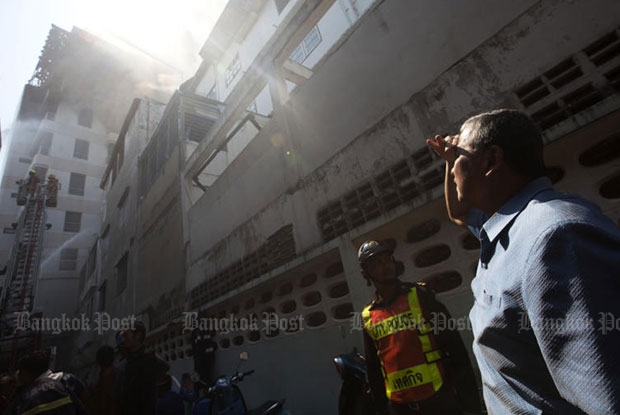 Bangkok Governor MR Sukhumbhand Paribatra looks at the building after the fire is under control.

WASHINGTON: His company is often criticised for its environmental record, but Jeff Bezos, CEO of Amazon and the world's richest man, said Monday that he was committing $10 billion to a new fund to tackle climate change.

AIT-BEN-HADDOU, Morocco: Millions worldwide may have seen the desert fortress in the hit fantasy series "Game of Thrones", but fewer know they can visit the Moroccan village of Ait-Ben-Haddou.