The Royal Thai Police (RTP) yesterday released the photo of a Spanish suspect who was allegedly involved in the murder of a fellow national whose dismembered body parts were found in the Chao Phraya River. 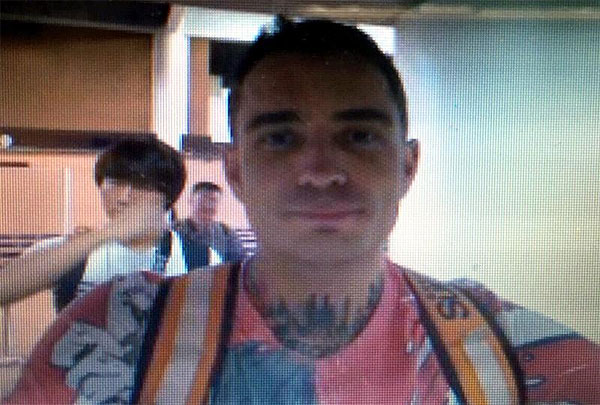 Princep: Thought to have fled city

The suspect was identified as Artur Segarra Princep, 37, who lived at an address in Soi Ramkhamhaeng 14 in Bangkok’s Saphan Sung district.

His photo was made public after seven human body parts of David Bernat, 40, a Spaniard who worked as a company adviser, were retrieved from several locations in the river, including Bangkok, over the past week.

Bernat was reported missing from his apartment, Nantiruj Tower, in Klong Toey district on the night of Jan 20 after he was last seen on CCTV footage riding a motorcycle with a male pillion rider, who was not Mr Princep, from the apartment.

On Thursday evening, Mr Princep withdrew several million baht of the wired money from his account. The withdrawals were made from ATMs in Bangkok’s Min Buri district and Ayutthaya’s Wang Noi district and over the counter at the Kasikornbank’s Suwinthawong branch in Bangkok.

Pol Gen Panya, however, said authorities believed Mr Princep is among many suspects who possibly carried out the murder. It could not be confirmed how he was allegedly connected to the crime.

According to the Immigration Bureau, the suspect had travelled to Thailand 13 times over the past several years. His latest entry was late last year. His visa expired on Dec 10, 2015.

Police believed Mr Princep and his Thai wife knew they were wanted by the authorities and have fled together to an eastern province.

He said Mr Princep might try to escape the country.

Pol Gen Panya asked the public to alert the authorities if they come across the suspect.

As for the motive, police investigators believed Bernat may have been abducted and extorted as he was a highly paid adviser to a foreign company.

According to the police, the victim was eventually killed because he was unable to find money for the abductors on time. Bernat’s relatives in Spain reported him missing which led to the freezing of his bank accounts in Thailand and Singapore.

Pol Gen Panya said an investigation is under way to identify five locations used for kidnapping, detaining, killing, dismembering and discarding the body as it would help police track down all suspects in the murder.

Pol Gen Panya insisted the police were working hard to bring the killers to justice.

The immigration police were also ordered to tighten up measures along the nation's borders to prevent the suspect from escaping.

One Bangkok announces plans for the first Andaz hotel in Bangkok