A Chiang Mai-based activist was given an International Women of Courage Award Tuesday for her dedication to democracy and women's rights despite undergoing "attitude adjustment" at the hands of the military.

Rodjaraeg Wattanapanit, 50, co-owner of a bookstore, Book Re:public, was one of 14 recipients lauded by the US State Department in its awards this year. 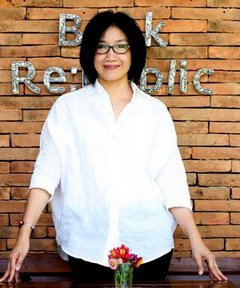 Rodjaraeg: 'Refuses to surrender to fear'

The Mae Hong Son native, also a co-founder of Creating Awareness for Enhanced Democracy (Cafe Democracy), an association dedicated to creating political awareness and empowering citizens, is the first Thai woman to receive the honour since the award was established in 2007, the organisers say.

She was awarded for her "undaunted efforts to engage her community on democracy and women's rights".

Ms Rodjaraeg, a graduate from Payap University, raised funds in support of forestry conservation before setting up Book Re:public together with a Chiang Mai University anthropology scholar Pinkaew Luangaramsri in October 2011.

The bookshop has been a place to hang out for northern intellectuals and a venue for discussions on a variety of subjects by scholars nationwide.

Since the May 22, 2014 coup, Ms Rodjaraeg has been summoned twice to military camps for "attitude adjustment" to curb attempts to agitate, during which she was asked to sign an agreement to refrain from political activities.

Despite being forced to close her bookstore for a year, Ms Rodjaraeg "remained undaunted in efforts to engage her community on democracy, freedom of expression, and women's rights," according to the US State Department which has honoured women around the globe. 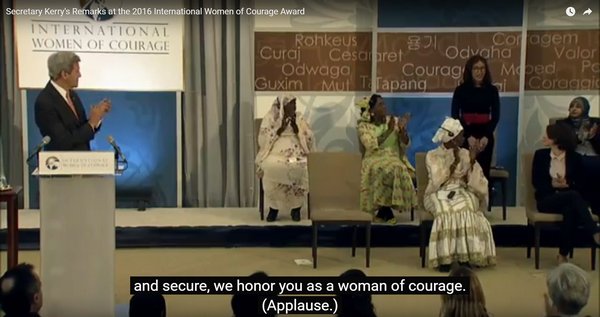 Ms Rodjaraeg (standing, at right) was introduced by US Secretary of State John Kerry (left) at the official honours ceremony, broadcast live by the US government.

Mr Kerry's reference to Thailand's Rodjaraeg Wattanapanit during the ceremony in Washington on Tuesday.

"Since re-opening at the end of last year, Book Re:public has become an indispensable public space for neighbours to gather, discuss societal problems, and develop solutions to Thailand's political challenges," the State Department said.

Other awardees include a human rights lawyer from Bangladesh, an immigration officer from Belize, a Chinese housing rights lawyer,a  transgender rights activist from Malaysia, a doctor from Iraq, and a judge from Guatemala. 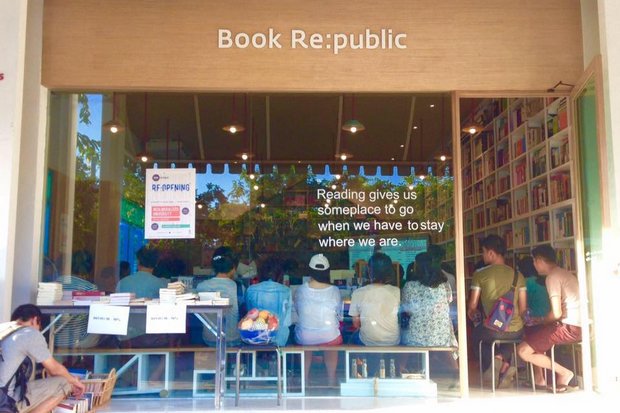 Ms Rodjaraeg's Re:Public bookstore is a popular meeting place, as well as a unique landmark in the Chiang Mai business district. (Facebook photo)