Thailand is calling on Japan to speed up joint development of the ambitious high-speed train project linking Bangkok and Chiang Mai and the one-metre gauge double-track railway route linking Bangkok with eastern and western provinces. 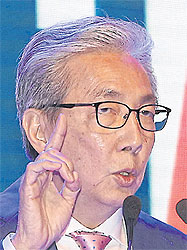 The Eastern Economic Corridor will span 26,000 rai of land owned by both the Industrial Estate Authority of Thailand and private industrial estates in Chon Buri, Rayong and Chachoengsao. Agencies are working out special privileges, investment facilitation, infrastructure/logistics, town planning and the environmental impacts.