Health experts have voiced concern over removing methamphetamines from the narcotics list as part of new anti-drug measures proposed by Justice Minister Paiboon Koomchaya, saying it will not reduce the number of drug users.

Dr Viroj Veerachai, director of Princess Mother National Institute on Drug Abuse Treatment, said the right solution to curb the number of users is to treat them as patients, rather than punishing them with jail terms.

Tougher punishment or longer sentences will not help, said Dr Viroj, adding drug users or drug addicts in developed countries are treated as patients and are provided with rehabilitation.

However, Dr Pisonthi Chongtrakul, a professor at Chulalongkorn University's Faculty of Medicine, said delisting methamphetamines or ya ba may result in improper use of the drug. 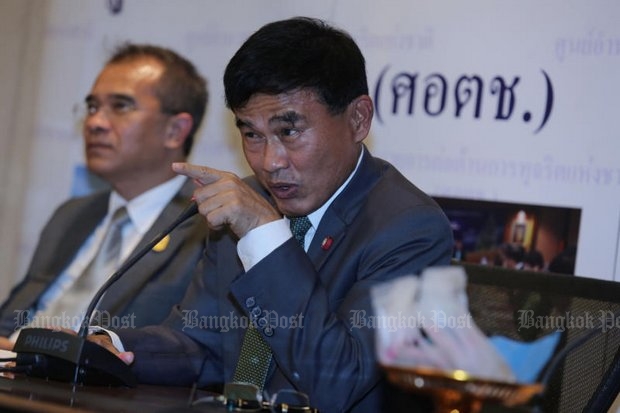 Early reaction to the plan of Justice Minister Paiboon Koomchaya to remove MTS (methamphetamine type substances) from the 'most-dangerous' drug list have met unanimous opposition, but the minister has revealed a secret and well-advanced government plan for 'drug reform'. (Photo by Pattanapong Hirunard)

It will allow anyone to legally possess the drug which could lead to overdose or addiction, he said, according to a Daily News Online report Thursday.

In case of an overdose, ya ba can cause loss of appetite, insomnia, confusion, hallucinations and high blood pressure. If people suddenly stop using the drug, they could become fatigued, bad-tempered and depressed which could possibly lead to a heart attack or suicide attempt.

Although speed pills can be used to cure attention deficit hyperactivity disorder, obesity and narcolepsy, drugs for these diseases have never been produced in Thailand, he said.

Dr Pisonthi voiced his concerns after Gen Paiboon proposed the removal of speed pills from the dangerous illicit narcotics list. They would be put under the normal drugs category as part of a new strategy to deal with drug problems in Thailand.

The cabinet has backed a bill to reform drug laws which will go to the National Legislative Assembly for a decision.

The bill would also allow the courts to determine whether drug offenders deserve punishment such as a jail term or a fine that is less severe than the minimum penalties stipulated by the law.

Under current law, some drug addicts are treated as patients as part of a move to improve measures to deal with the problem.

However, a drug user who possesses 15 methamphetamine pills or more is considered a dealer and is liable for the same punishment imposed on major drug dealers.

Dr Pisonthi said both the virtues and potential drawbacks of the new anti-drug measures must be weighed carefully so as not to cause adverse effects on society. 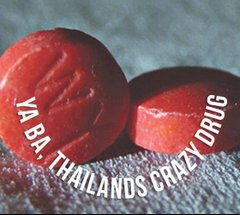 Around the world, foreign analysts and bloggers are well aware of Thailand's battle against methamphetamine products. (Photo via tomhilditch2.wordpress.com)

Dr Piyasakol said measures to deal with speed pills were part of the Justice Ministry's efforts to cut the number of drug addicts by looking after them.

"A new approach is to provide rehab treatment for drug users instead of criminalising them which is a better way to tackle the problem," he said.

Ways to beat drugs must be adjusted to better cope with the changing situation, Dr Piyasakol said.