Relatives and villagers return the remains of artist-activist Chaiyapoom Pasae after he was killed by a soldier. (Photo via Prachaitai)

Prime Minister Prayut Chan-o-cha has ordered a probe into the extra-judicial killing of a Lahu activist after human rights activists slammed cabinet ministers for defending the soldier who shot him.

He urged people to be sensible and wait for the results of the probe.

The investigation will look into whether Chaiyapoom Pasae was shot because he was an activist, said Gen Prayut.

Chaiyapoom, who was president of the Northern Traditional Plant Preservation Network, was shot dead by a soldier in Chiang Mai last Friday at 10am at a checkpoint in tambon Muang Na in Chiang Dao district as he allegedly tried to attack the shooter with a hand grenade.

According to police, soldiers found 2,800 methamphetamine pills hidden in a car bearing a Chiang Mai licence plate in which Chaiyapoom and his friend, Pongnai Saengtala, 19, had been travelling.

Army spokesman Col Winthai Suvaree released this version of what he called "an army incident report".

Soldiers stopped, searched and found 2,800 methamphetamine pills in a car in which Chaiyapoom and his friend were riding. The soldiers took the two into custody, but Chaiyapoom broke away and was about to throw a grenade at the troops, prompting the soldier to shoot.

According to Col Winthai in an earlier report on Monday, the soldier fired a single shot to kill Chaiyapoom, and no other troops fired.

Col Winthai told reporters the shooting was in self-defence.

Police said they had arrested the soldier-killer and charged him with murder after he turned himself in at the Chiang Dao district police station, Chiang Mai. However they provided no details, including his name and rank.

It was believed, although not confirmed, that police released the soldier to his army unit.

Authorities were quick to defend the extra-judicial killing after it caught public attention.

Human rights advocates, however, on Tuesday slammed the state for defending the soldier, an act they said is tantamount to endorsing extra-judicial killings. 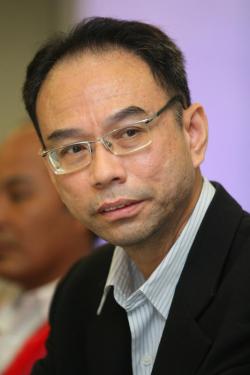 Surapong Kongchantuk, president of the Cross Cultural Foundation, said the army and authorities should remain neutral and leave the case to the judicial process.

The foundation issued a statement, saying the investigation must guarantee proper protection for witnesses.

Furthermore, fair treatment should be given to the deceased victim who has been accused of possessing drugs. The alleged extra-judicial killing must be fairly and thoroughly probed, said the statement.

Meanwhile, Inter Mountain Peoples' Education and Culture in Thailand Association demanded the formation of a committee to investigate the killing.

They also called on human rights organisations including the National Human Rights Commission (NHRC) to get involved in the investigation and inspect the crime scene for evidence.

One of the association's members, whose name has been withheld, said the association hopes the NHRC would step in as it, the commission, would ensure neutrality.

The association will accept the results of the probe launched by the government, he added.

Meanwhile, 31 ethnic minority advocacy groups have condemned the authorities' hand in killing Chaiyapoom, saying the act was nothing short of barbaric.

In a statement, the groups said the incident shook members of the Network of Indigenous Peoples in Thailand and activists who work to protect human rights and the rights of civilians.

They said Chaiyapoom was polite and kind. He valued life and hated any kind of violence.

His volunteerism and dedication had positively impacted many groups of people including stateless children in northern provinces, the statement said.

It said Thai authorities must promptly order an independent and effective investigation into the activist's killing by security officers and ensure that those responsible are held accountable if any human rights violations contributed to his death.