Angkhana Neelapaijit, whose husband is a victim of 'enforced disappearnce' says she is on the verge of walking away from the National Human Rights Commission because of disrespectful and back-stabbing charges that she and others are working in the interest of foreigners. (Post Today photo)

The resignation of Surachet Satitniramai from the National Human Rights Commission (NHRC) may set off a domino effect of resignations unless the working environment improves, sources say.

NHRC commissioner Angkhana Neelapaijit told the Bangkok Post she would not hesitate to follow Mr Surachet's footsteps, saying she has had to exercise much patience in the position as the working atmosphere among commissioners turned unpleasant.

"All I can tell you is that each commissioner's opinion isn't respected equally in meetings. Some commissioners can work easily, but others may face some obstacles in progressing their work," she said.

Ms Angkhana admitted she had thought of leaving the commission before Mr Surachet did, but she needs to fight for improvements in human rights.

"However, if the problem escalates to the point that I cannot work under my principles or I lose my personal stances, I won't hesitate to resign because democracy inside the organisation and good governance are important," she said.

Ms Angkhana said she found a recent remark by Wat Tingsamit, the commission chairman, accusing some commissioners of serving the interests of foreign countries to be "upsetting".

She didn't know who Mr Wat referred to as she had never come across any commissioners trying to undermine the country by serving foreign interests. 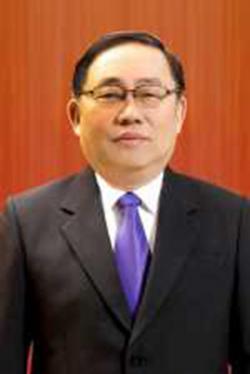 The commissioner said Mr Wat should file a complaint with police or start an impeachment process against the commissioners whom he accused of serving foreign interests.

Earlier this month, Mr Surachet resigned from his NHRC position in the hope of bringing about change inside the organisation. He said he wanted to use his resignation to point to governance problems in the NHRC.

The former NHRC commissioner referred to an "an unpleasant working environment" in his resignation form, but declined to elaborate.

He only said: "It was hard to progress anything because there were many obstructions.

"I have tried to change the internal working system.

"But there were still many problems, so I decided to resign to let the organisation realise there were problems and make a change."

In response to his resignation, Mr Wat told the media he wasn't aware of an unpleasant working atmosphere.

Mr Wat also said all NHRC commissioners should be dedicated to their jobs to protect human rights.

He said if somebody tried to serve foreign interests and destroy their own country, they will be loathed by the public and unable to work in such an important role in the end.