The government's plan to use Section 44 to allow Chinese engineers to speed up the construction of the Thai-Sino railway project has drawn a mixed response, with some critics claiming the move discriminates against Thai workers.

A Thai engineering body has described the move as discriminatory, while a prominent economist agrees with it as it will bolster development.

The Council of Engineers (COE) insists Chinese engineers who will come to work on the rail project should not be exempted from being tested for engineering licences required by the Thai law before working on the high-speed train project in Thailand.

"According to Thai law, an engineer working in Thailand needs a licence. There are no exceptions, no matter how capable the engineer is," COE secretary-general Amorn Pimanmas said Wednesday.

"We respect Chinese knowledge of high-speed train technology, but engineers need to know local conditions and standards. For example, in some areas of Thailand, there are land faults and earthquakes. They need to be aware of these to ensure the best quality of the work," he added. 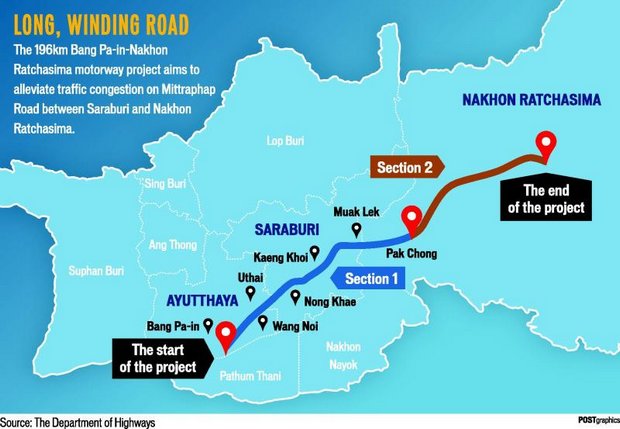 Prime Minister Prayut Chan-o-cha, who is also chief of the National Council for Peace and Order (NCPO), on Tuesday vowed to invoke the all-powerful Section 44 next week to accelerate the Thai-Sino rail project, and solve problems related to energy issues.

According to government spokesman Sansern Kaewkamnerd, Deputy Prime Minister Wissanu Krea-ngam told the cabinet meeting that among the obstacles that have delayed the Thai-Sino rail project is the regulation set by two local professional organisations -- the COE and the Architects Council -- that requires Chinese engineers who will work on the project to meet Thai standards.

Instead of making Chinese engineers take the exam, the government will find a way around the problem by holding training or orientation sessions to inform them about Thailand's geography and natural resources, Lt Gen Sansern said on Tuesday.

According to the State Railway of Thailand, bidding for the first 3.5km section of the Bangkok-Nakhon Ratchasima project will be held between July and August, and the government hopes to resolve worries raised by Chinese engineers and architects who are required to sit the exam.

Prof Amorn told the Bangkok Post Wednesday that the council, in charge of licensing engineers working in Thailand, is fully supportive of the train project.

In supporting the project, the COE can provide training for Chinese engineers on Thai geography and environment before they take the test, and it may take only 2-3 months for the group of Chinese engineers to get a licence, compared with the average 5-6 months for Thai engineers seeking licences.

The test will be in English and translators will be allowed, Prof Amorn said.

"However, if the government decides to use Section 44 to bypass the requirement, we as a professional council are not in a position to resist," he said.

"If the Chinese engineers are exempted from taking a test for the licence, a standard will be set in our country, wherein laws are not followed. And what about the other projects, such as the Japanese train project, if Section 44 is no longer a law in the future?" he said.

The secretary-general of the Council of Engineers said having Chinese engineers take the test, as per Thai laws, will also create links for cooperation and technology transfer among Thai and Chinese engineers.

"When they have Thai licences, we become connected and we can discuss projects with greater ease," he said.

Meanwhile, Supachai Panitchpakdi, former secretary-general of the United Nations Conference on Trade and Development (Unctad), supports the move to speed up the Thai-Chinese construction of this high-speed railway project, as it will to help stimulate investment in the domestic economy.

One idea is to ask Gen Prayut to exercise Section 44 to bypass strict legal requirements. The premier will eventually make up his mind, so "I just voice support to the move even though the exemption will cover only a few kilometres of construction," Mr Supachai said.