The NLA voted unanimously Thursday to pass the controversial draft organic law on criminal procedures for holders of a political position. 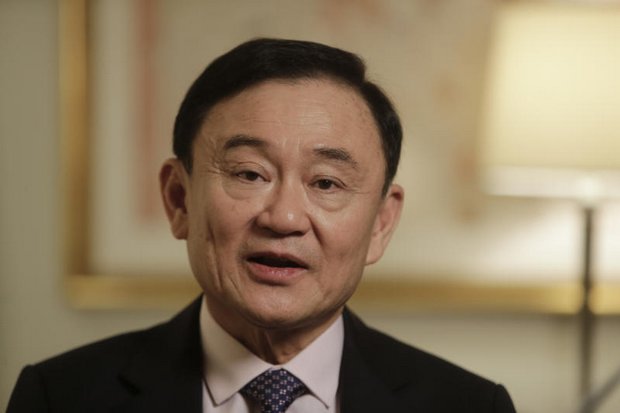 A critical issue of the law is that the statute of limitations has not expired while a fugitive suspect is on the run and that the Supreme Court's Criminal Division for Holders of Political Positions can order a trial to proceed in absentia.

Cases which have gone to the court before the enactment of this law will also be affected, meaning the law will be retroactive, in legal terms, ex post facto, literally "out of the aftermath". In general, rule of law forbids prosecutions under laws passed after the alleged crimes were committed.

Critics say the law has been designed for a specific purpose, to target Thaksin. There are six cases involving the former prime minister.

Chusak Sirinil, head of the Pheu Thai Party's legal team, said the law is against the core principle of the constitution.

Of them, five cases have been suspended due to his absence. Thaksin's abuse of power in the Ratchadaphisek land deal resulted in a two-year prison sentence handed down to him.

Another case is a libel lawsuit filed by the army. Thaksin has faced at least six arrest warrants for the cases, including the Ratchadaphisek land deal. Once the law comes into effect, the five cases against Thaksin could be resumed in absentia, NLA sources said.

Somchai Sawaengkarn, spokesman of the NLA committee vetting the law, insisted the law was not designed for any particular person but for any corrupt political position-holder.

NLA member Thani On-laiad cited the principle of the general criminal procedure code to support his view that to allow the trial to be conducted in absentia would be an act of violating the UN Universal Declaration of Human Rights and possibly in breach of the core purpose of the constitution.

Atikom Intarabhuti, secretary-general of the Courts of Justice, who is among the minority on the NLA committee vetting the draft organic law that was fighting to delete from the draft the part about trials in absentia, asked that the provision be cut.

It is important that a trial is conducted with the defendant present least in the first round of it, he said.

That was to ensure justice, otherwise the defendant would later argue that a trial in absentia is unfair and when it requires cooperation from other nations regarding the deportation of that particular convicted individual back to serve the sentence in Thailand, other countries may refuse to help, he said.

"It would be better to adopt other legal mechanisms [instead of the trial in absentia option] such as to freeze the statute of limitations in the event the suspect has escaped during the trial," he said.

"Another option is to improve the efficiency of the law enforcement organisation in tracking a suspect who is on the run."

NLA member Thani On-laiad cited the principle of the general criminal procedure code to support his view that to allow the trial to be conducted in absentia would be an act of violating the UN Universal Declaration of Human Rights and possibly in breach of the core purpose of the constitution.

"The first proceeding must be done in the presence of the defendant as a guarantee of justice. Failing that, the proceedings cannot punish the defendant, who may also raise the issue of justice later. Besides, it will make extradition harder," said Mr Thani, who suggested other options.

"Seizing assets is possible if the defendant has fled. Or we could separate the criminal case from the political case.

"We should use other measures to prevent the defendant from fleeing such as excluding the time from the statute of limitations and improving arrest efficiency so we won't be rejected when seeking extraditions," he said.

But Pattarasak Wannasaeng disagreed. He said the principle applied only to the general public and this law would be used only against politicians, who could intervene with government agencies and interfere with evidence. Under the current system, "some defendants" are on the run until the statute of limitations ends, he said.

"I don't think the bill breaches civil rights. We also make an exception that it can be done only after efforts have been made to bring the defendant to trial. Only then do we regard him or her as giving up the right. Besides, we don't deprive him of the right to appoint a lawyer to fight the case and a retrial is possible if he is convicted.

"Moreover, the court will use the inquisitorial system where it can actively seek facts by itself. The defendant will not be at a disadvantage," Mr Pattarasak said.