A Harpoon anti-ship missile is fired in a test from the USS Ticonderoga, a guided missile cruiser. (Photo, graphic by US Navy)

The Royal Thai Navy has admitted it has agreed to buy a number of cruise missiles from the United States, but denies the prime minister or defence minister were involved as the purchase is part of a previously agreed contract.

It said the deal is not new but part of a frigate-building contract made with South Korea three years ago.

In apparently confused messages about the deal, Gen Prayut said he was not sure whether the government would have the money to buy the missiles, while Gen Prawit denied knowledge of the purchase, saying the navy already has such missiles equipped on its ships.

The government and the navy came under criticism after reports emerged from Washington that the State Department had approved the sale of the RGM-84L Harpoon Block II surface-launched missiles to the government at an estimated cost of US$24.9 million, or about 828 million baht.

Harpoon missiles are generally listed at around US$1 million per unit. 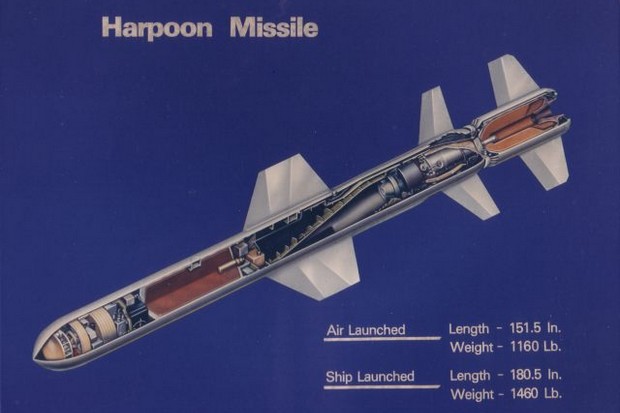 Other parts of the deal include visits from US government and contractor representatives, technical assistance, engineering and logistics support services, and various other related elements of logistics and programme support.

Royal Thai Navy spokesman Jumpol Lumpikanon said Sunday the proposed procurement of the Harpoon missiles was regarded as part of the package agreed with South Korea for the building of the HTMS Tha Chin frigate in 2014. The missile purchase is part of the frigate-building contract, said Adm Jumpol.

"The purchase did not involve Prime Minister Prayut or Deputy Prime Minister Prawit. It was in the Tha Chin contract from the outset. We did not buy missiles when the ship was at an earlier stage of construction because they would be useless." Work on the HTMS Tha Chin is still under way in South Korea and the vessel will be delivered to Thailand next year.

Adm Jumpol said it was pointless to have frigates without weapons, adding Thailand does not intend to go to war with any country but such weapons are necessary for military drills. 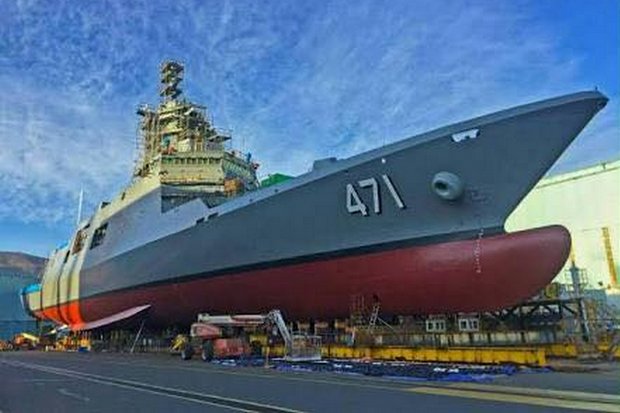 This frigate is under construction in South Korea and is scheduled to be delivered and christened HTMS Tha Chin by next year. (Twitter/@wassanananuam)

The proposed sale will provide enhanced capabilities for the defence of critical sea lanes, analysts say.

Thailand intends to use the Harpoon Block II missiles on its DW3000 Class Frigate (HTMS Tha Chin), and believes they will increase the Royal Thai Navy's maritime partnership potential, he added.

The latest purchase request for the Harpoon missiles is the third lot of such weapons bought for Thai Navy ships. The first two lots were for the HTMS Rattanakosin and HTMS Sukhothai.

The navy is planning to buy a fourth lot of Harpoon missiles to equip the HTMS Trang, said Adm Jumpol.

"I would like to confirm that weapon purchases of the Royal Thai Navy are transparent and in line with our plan and schedule," he said.

The government also endorsed the navy's purchase of a Yuan Class S26T submarine from China worth 13.5 billion baht in April, part of a plan to purchase three submarines at a total cost of 36 billion baht. Several other military weapons and systems including aircraft, helicopters, armoured vehicles and tanks have been approved under the Prayut Chan-o-cha administration.