Former co-leader and spokesman of the now-defunct People's Alliance for Democracy (PAD), Parnthep Pourpongpan, is warning of the possible return of yellow shirts if justice is not served in a case concerning the 2008 deadly dispersal of the group's demonstrators. 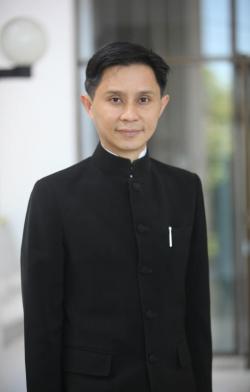 Former co-leader and spokesman of the now-defunct People's Alliance for Democracy (PAD), Parnthep Pourpongpan, says the PAD is ready to fight for justice in the case of the crackdowns on the PAD. Tawatchai Kemgumnerd

Dispersal of the protesters left two dead and 471 injured.

The decision upset the PAD, which later vowed to pursue a criminal suit against the corruption watchdog.

According to Mr Parnthep, the lawsuits to be filed against the NACC members concern abuse of authority, based on Section 157 of the Criminal Code.

It also accuses the watchdog of helping people avoid punishment, a violation of Section 100 of the code.

He said that if collusion between government figures and the NACC has taken place to shield some people from legal action, this would be regarded as organised crime. If that is the case, the PAD may have to deal with it.

"In the end, if no justice is served, no one can tell whether the PAD will return or not (to an active protest role)," said Mr Parnthep. "This is not the right time to answer."

Mr Parnthep has doubts about the NACC's role in dealing with the case. Pol Gen Patcharawat is the younger brother of Deputy Prime Minister Prawit Wongsuwon, a powerful figure in the government.

Five out of the nine NACC members, meanwhile, were selected during Gen Prayut's administration.

Mr Parnthep said that after the five members took up their positions, the NACC tried to ditch the case against Mr Somchai and three others from the court's deliberation, which he claims underlines the conspiracy theory.

On another front, the NACC relied on the Lawyers Council of Thailand to pursue the case while neglecting to question any PAD witnesses or the group's lawyers, who have substantial evidence about the case, he noted.

In this context, the NACC has no intention of pursuing the case, according to Mr Parnthep.

"We believe the NACC's decision not to appeal [against the three] was based on political reasons," said Mr Parnthep.

"From a political perspective, there is no secret about it. The relationship between Gen Prawit and Pol Gen Patcharawat and their ties with Gen Prayut are already known."

Apart from the criminal suit against the NACC, Mr Parnthep said the PAD may choose to compile 20,000 names to send to the National Legislative Assembly (NLA), or the next parliament, to press for legal action against the anti-graft body.

Another choice would be to petition the Criminal Court for Corruption and Misconduct Cases and the Supreme Court's Criminal Division for Holders of Political Positions to seek legal action against the watchdog.

He said the PAD may have to wait for the new parliament to be installed before seeking legal action by that route since the coup-installed NLA is allied with the current administration.

Fundraising efforts are in place to support affected people to help them make a living and fight their cases, Mr Parnthep said. The focus will now be on the fight for justice since some people have yet to take responsibility or be punished, he noted.

"This is what we have to do. People are suffering injustice. If we don't help them, no one else will," said Mr Parnthep.

He said the government has not yet overcome the influence of the Thaksin system as it has failed to win over the hearts and minds of the people. Former premier Thaksin Shinawatra was ousted from power in 2006.

The regime's policies were rolled out to mainly help capitalists or big entrepreneurs rather than the general public, which widens social disparity, he said.

The military regime could seek a compromise with Thaksin's system as a potential partner in holding political power.

No PAD leaders say they want to set up political parties for the next election. Following the dissolution of the PAD in 2013, its leaders have pursued separate interests.

Mr Parnthep is 47. He earned a bachelor's degree in engineering from King Mongkut's University of Technology Thonburi and a master's in business administration in the US.

He joined the New Aspiration Party, led by Gen Chavalit, when he was 28. He later served as an executive member and ran in an election as a party-list candidate. He was named deputy spokesman in 2001.