The Election Commission (EC) will ask the Constitutional Court to rule if it is responsible for organising local elections.

EC chairman Supachai Somcharoen said while the charter requires the EC to hold local elections, the organic law governing the agency says its role is to oversee and ensure the local polls are clean and fair. 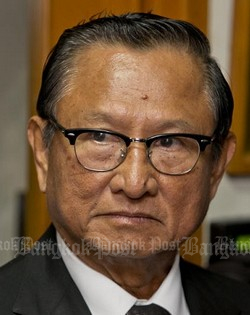 The EC will ask the court to review and rule on the issue because it would disrupt the process if it not clarified, when the regime eventually allows local elections.

His concerns were raised after the government hinted last week the ban on political activities could be partially lifted to allow local elections to take place ahead of a general election.

The EC chairman, who is in a caretaker role, said if there is no ruling on the issue, then when local elections are held the EC will perform its duty under the organic law.

On the proposed amendments to five laws to ensure compliance with the new constitution's provisions covering local administration organisations, Mr Supachai said the EC has not been informed about the issue.