A demonstrator shows a 'Time's up' sign on her mobile phone at a rally against the junta's power succession and election delay at the BTS skywalk in Pathumwan district on Saturday. (Photos by Pattarapong Chatpattarasill)

A group of pro-democracy activists assembled in downtown Bangkok on Saturday to protest against the junta’s power succession and demand the general election be held this year.

The Democracy Restoration Group, led by Sirawich “Ja New” Seritiwat and Rangsiman Rome, posted on Facebook on Friday asking people who share the same views to join them at 5.30pm at the BTS skywalk near the Bangkok Art & Culture Centre.

Pathumwan police said they did not try to stop the campaign so long as it did not block traffic.

Around 100 people came to the Bangkok Art and Cultural Centre at 5.15pm while police stood by and took photos of the participants. Many of them showed the sign “Election 2018” or show its photo on their mobile phones.

Rangsiman Rome said the National Legislative Assembly’s move on Thursday to pass a law that might delay the general election from November was unacceptable.

Veera Somkwamkid, an anti-corruption activist, said: “I don’t agree with their power succession. It’s clear they want to hold on to it. Gen Prawit Wongsuwon has yet to show responsibility [about his luxury watches], yet he challenged us by delaying the election.

“People demand answers but have yet to get one,” said Sombat Boonngam-anong, a red shirt.

The group also announced to rally every Saturday until the general election is held. 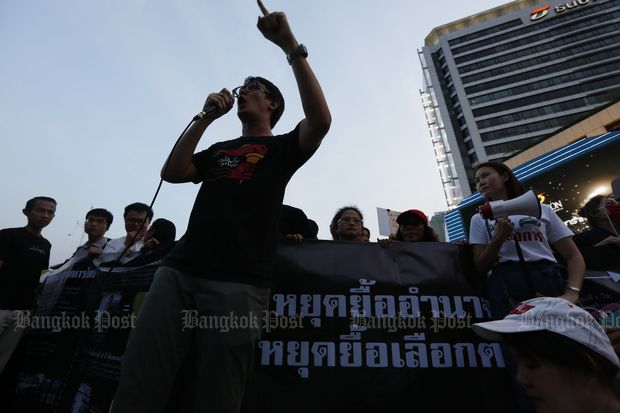 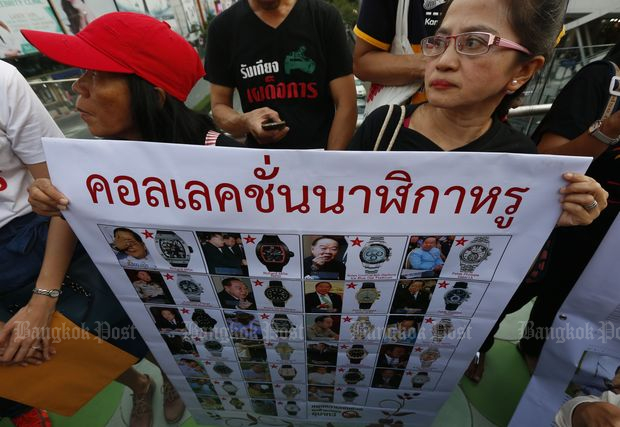 A demonstrator makes her point. 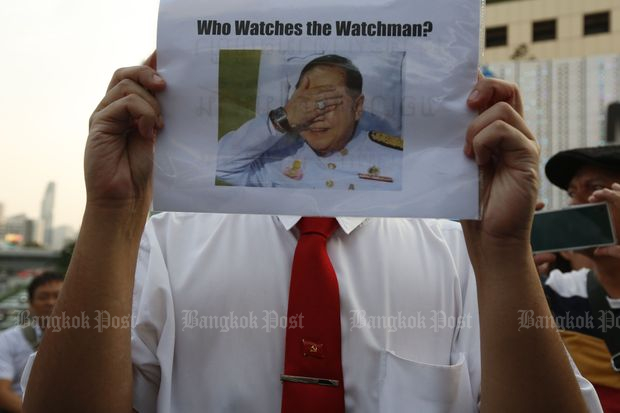