Anti-corruption activist Thicha Nanakorn demanded Wednesday that the National Anti-Corruption Commission live up to its own promise to make the investigation of Deputy Prime Minister Prawit Wongsuwon's watches transparent. (Photo by Pornprom Satrabhaya)

She also called on Gen Prawit to resign as he had pledged to do earlier.

Ms Thicha petitioned the NACC Wednesday, calling on the anti-graft body to speed up its probe into the 25 luxury watches with a combined value of over 30 million baht, which have been seen worn by Gen Prawit.

The activist arrived at the NACC's headquarters with a group of other people holding placards reading: "Delay is injustice", "NACC must be fair" and "People are waiting to hear the NACC's decision".

She also asked whether other people would be granted the privilege of postponing interviews with the NAAC on four occasions as Gen Prawit had.

it has not invited Gen Prawit to give a verbal statement.

Gen Prawit had previously vowed publicly to resign if people didn't want him to stay on, but he broke that promise. More than 81,000 people signed a petition at Change.org calling for him to quit, Ms Thicha said.

She said that that was why she went to the NACC's headquarters yesterday to find out what was going on in its investigation into the luxury watch scandal.

Below: Gen Prawit checks his watch before a meeting with Cambodian defence minister Tea Banh. 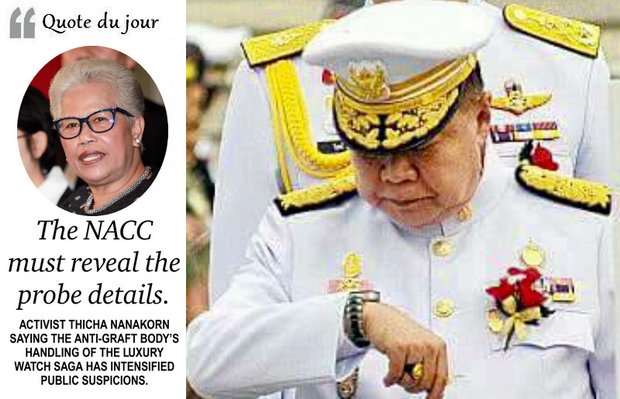 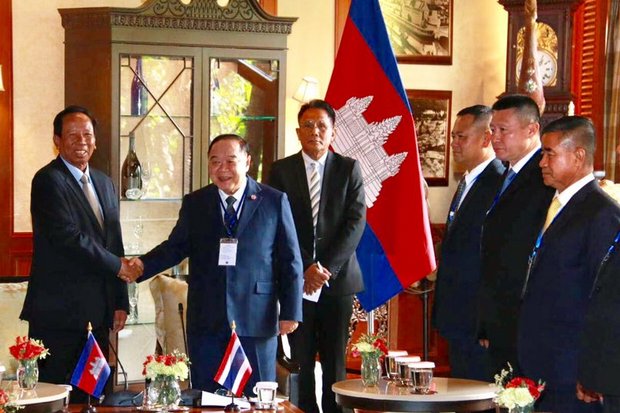