Mr Sontirat said there are several candidates the party has in mind for the premiership and admitted Gen Prayut is one of the best although the PPRP has yet to consider the issue and make a final decision.

He said there is still time for the party to examine potential candidates and asserted that when the time comes the PPRP will pick the best of the bunch. 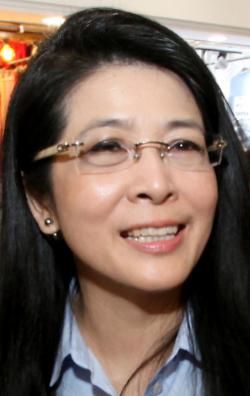 The PPRP secretary-general also rejected claims that the new election map announced by the Election Commission (EC) favours his party.

He said there are several constituencies that seem to put the PPRP at a disadvantage, but the party respects the EC's decisions.

According to Mr Sontirat, the party has no particular concerns to raise at a planned meeting between political parties and the National Council for Peace and Order (NCPO) and state agencies to discuss the election roadmap.

The meeting on Friday is expected to focus on the election date and when political restrictions will be lifted to allow parties to fully engage in political activities.

In his capacity as chief of the National Council for Peace and Order (NCPO), Gen Prayut invoked Section 44 to give the Election Commission (EC) more time to address complaints from parties and voters over the earlier redrawing of constituencies.

The NCPO's order No.16/2018 permitted the EC to make changes to the boundaries until Dec 11 when the bill on the election of MPs takes effect, which was much later than once expected.

According to a party source, Khunying Sudarat has expressed strong interest in Don Muang because it is considered one of the party's safest seats and Mr Karun, who is serving a political ban, is willing to lend his support.

Mr Karun was disqualified from politics for five years in 2013 by the Supreme Court for violating election law during the previous election campaign in 2011.

Like other Pheu Thai bigwigs, the chairwoman of the party's election strategy committee has reportedly been forced by the "every vote counts" rule to switch from the party-list system to the constituency system.

With this rule in place, Pheu Thai is expected to focus on winning the constituency race as it predicts that it will capture few, if any, party-list seats.

According to the source, Don Muang has caught Khunying Sudarat's eye because Mr Karun's political clout remains strong and political rivals will face a tough race.

His wife, Pimchana, also a potential candidate, has reportedly agreed to step aside.

The source said the party's screening of potential candidates is almost complete and the selection of candidates in several constituencies in Bangkok has been settled.

Watana Muangsook is strongly tipped to run in Bang Kae district while Sunisa Thiwakorndamrong is highly likely to vie for a House seat in Wang Thonglang.

Phumtham Wechayachai, the Pheu Thai secretary-general, said the party will hold talks today with those likely to run as its representatives in 77 provinces, adding the party remains strong although it has suffered from the defection of some members.

Mr Phumtham also called on Gen Prayut to keep his temper in check following an outburst when confronted with questions about the redrawing of constituency boundaries. Gen Prayut said he was no expert but the media kept nagging him about it.

"Getting mad won't make the problem go away or help the public understand it better," Mr Phumtham said.