Prime Minister Prayut Chan-o-cha's proposal to remove the names and logos of parties from ballot papers has come under fire, with critics saying it will only confuse voters and may benefit one party in particular.

The idea was floated by the prime minister during a pre-election talk on Friday between the National Council for Peace and Order (NCPO) and representatives of a number of parties.

Gen Prayut suggested that ballots should contain only the names and numbers of election candidates without the logos and the names of parties they belong to. 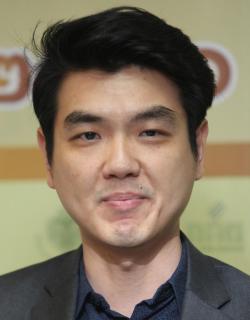 Piyabutr: PM is meddling in poll

Piyabutr Saengkanokkul, secretary-general of the Future Forward Party, said the government and the NCPO wanted to see to it that the election rules were designed to keep them in power after the poll.

Gen Prayut's latest proposal was unwarranted, Mr Piyabutr said, adding that the absence of the names and logos of parties on ballots will only confuse voters.

"If ballots bear only the names of poll candidates, it is likely that voters will favour candidates they are familiar regardless of what party they belong to, he said.

"This could benefit a certain party which has recently drawn several politicians from other parties to its fold," he added.

He was referring to the Palang Pracharath Party (PPRP), to which several former MPs have defected. The PPRP has made it clear it will support Gen Prayut to return as prime minister after the Feb 24 poll, should he desire.

Mr Piyabutr said the authority to design the ballot papers rests with the Election Commission and that Gen Prayut's suggestion could be regarded as an act of electoral interference.

Mr Piyabutr also said he disagreed with the change to ballot numbers assigned to constituency candidates under the law on the election of MPs which will take effect on Tuesday.

Under the law, the old system in which candidates and the parties they stand for share the same ballot number when contesting a national election has been scrapped.

Ballot numbers will now be assigned on a first-come, first-served basis during candidacy applications in each constituency.

This mean party candidates in each constituency will not hold the same number as that of their party as in previous elections.

Mr Piyabutr said these new electoral rules are unnecessarily complicated and will make it harder for parties to campaign and cause confusion among voters.

Critics insist the previous poll system, where a party is given a single candidacy number for every constituency it fields candidates, has proven to be effective. Changing the system will just confuse voters who are familiar with the consistency of the previous process, they argue.

The Constitution Drafting Committee which drew up the law on the election of MPs argued that the new system is designed to encourage candidates to demonstrate their own ability to win votes, rather than depending on the reputation of their party.

''I wonder if this can be called political reform, and whether it will improve anything? It will only cause confusion. Voters who want to vote for one party will end up having several ballot numbers to vote for. The absence of party logos will further complicate things,'' Khunying Sudarat said.

Key Pheu Thai member Watana Muangsook said the voting process should easy and the design of the ballots is essential to make it simple for people to choose their favoured candidate.

''Party logos are important. People will vote for a party based on the logo. Other than causing confusion, what is the reason to remove party logos?'' Mr Watana asked.

However, Nat Laoseesawakul, the EC deputy secretary-general, insisted the NCPO had not "meddled" with their work.

At the meeting on Friday, the Feb 24 poll date was officially confirmed and parties may now begin preparing for the general election.

However, actual campaigning will not be allowed until Jan 2 when the royal decree calling the Feb 24 poll is published in the Royal Gazette.